The western pop culture can be seen as the lifestyle of the natives of Europe and other continents, or countries that have strong ties to Europe. Australia, Canada, and United States are not particularly European, but are classified as part of the western pop culture perpetrators. This culture does not only mean the genre of music of the west, their movies, and the lifestyles portrayed in them. It encompasses the totality of the general lifestyle of a man from the west, and what is accepted by the majority.

The western pop culture which is believed to originate from Europe is now controlled by United States of America(USA).  This is possible because of the control America has  over the media, and its acclaimed title of “world power”. The United States controls the world’s music and movie industries. It is home to many of the most renowned universities, richest men, religious and political celebrities, and most importantly, it is considered as the home of freedom. Also, most news, internet, and social media are owned and controlled by Americans: Google(Which entails Android, YouTube, Gmail, Google maps, etcetera), Facebook, Twitter, WhatsApp, Instagram, Snapchat, Cable Network News (CNN).

It can be said that America controls the media; The major means of propagation of news amongst youths in the Twenty first (21st) century. It can be logically inferred that the western pop culture is whatever is accepted and portrayed by Americans.

After the basic foundation laid on western pop culture, our concern should be its effect on Nigerian youths. Most Nigerian youths have access to the internet, and are constantly fed information that registers in their brain cells. This information gets exhibited as actions. These actions can either be considered morally upright, or a total decline from the moral decency upheld by the Nigerian society. What are the effects of this western pop culture? These effects can be classified into two categories: good and bad.

An average Nigerian youth must have watched a movie with some adult contents such as kissing in his/her lifetime. An average Nigerian youth has Facebook, WhatsApp, and Instagram accounts. These youths are exposed to images of crime and sex at the comfort of their homes through the internet. They are sometimes pushed to choose celebrities with very rough lives as role models, and in the process, they end up being dragged away from their Nigerian upbringing. Also, exposure to the western pop culture has made many Nigerian youths to have little regard for respect. Imagine a Yoruba youth who no longer feels it is necessary to greet an elderly man simply because Hollywood portrayed it. Imagine a youth who sags his trouser all day, smokes cigars, drinks to stupor, and still feels it is the right way just because he has picked a drug dealer as a mentor. Most Nigerian youths prefer the social media to their studies. They spend their time all day on media commenting on the photos of their most liked celebrities.

To every disadvantage, there is an advantage. The western pop culture has significantly great positive effects that it can never be overemphasized. The social media and Information Communication Technology (ICT) are functions of the outcome of the western pop culture. Many Nigerian youths have chosen to utilize this culture for the benefit of humanity, rather than for a actions that depict moral decadence. There are thousands of excellent celebrities that serve as positive motivation to youths. Mark Zuckerberg, Bill Gates, Ellon Musk, Joyce Meyer, and Robert Kiyosaki are excellent examples of westerners whose lives serve as motivation to Nigerian youths. Another very good example of the good use of the western pop culture is the Cmonionline weekly essay competition for Nigerian youths. Cmonionline uses the social media(Facebook and Twitter) and internet(Website) to ensure that interested youths are meaningfully engaged.

Though there are some bad aspects of western pop culture,  no one forces anybody to accept them. Anyone who accepts this culture does this at will, and not solely out of ignorance. There is a popular adage that says “ You can force a house to the river, but you cannot force it to drink water”. This saying applies to all Nigerian youths who blame the western pop culture for their wrongs. Our mindset is what matters most, and not what the western pop culture portrays. The western pop culture is not completely right, and neither is there a culture that is completely right. There were thieves in Nigeria even before the Europeans set their foot on the soil of Nigeria. There were prostitutes and murderers in our local indigenous settlements before we had contacts with the western world. So why do we blame the westerners for what was already in our land before their arrival? I am not saying that the western world does not have a negative effect. All I am saying is that we have the liberty to choose what to accept, and what not to. The westerners have lots of very good mentors too, so the choice is ours.

Paul is a student of Mechatronics Engineering at the Federal University of Technology, Minna who loves reading, writing, poetry, and philosophy. He wrote in via paulojocheyi@gmail.com 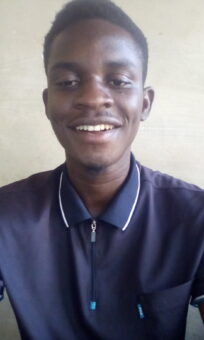 The Impact Of Foreign Media On Our Society by Opara Udochukwu.

Seeking jobs abroad isn’t an option for young Nigerians: they don’t have the right skills.