Home Essays Don’t Give Up by Humble Ogbonna.
Post Views: 4

His wife had just put to birth, he could not hide the anxiety on his face when the doctor called him to the office to tell him that she was delivered of beautiful triplets. He could only manage to smile because several thoughts were going through his head; he has been jobless for three months now, his house rent expired six months ago, he doesn’t know where to get money for the hospital bills and how would he cope with three extra innocent mouths to feed? ‘Do not forget to quickly pay up the hospital bill’, the doctor reminded him. He left the doctor’s office in hopelessness. The next day he hanged himself.

She was the only child in the family, her goal was to be an artist who paints real life stories but mom wanted her against her wish to be a doctor. After the examination, she failed yet again. She could not bear the shame of facing her parents telling them she had failed again. The next day she was found dead in her hostel room after drinking pesticide.

The examples illustrated above paints vividly the ugly reality that we are facing in recent times – suicide. The increase in suicide cases is so alarming that the World Health Organization once estimated that almost 800,000 die from suicide each year, that is one person every 40 seconds. Today that figure has reached about 1,000,000 deaths annually.

My heart goes out to the families and friends of those who have committed suicide. However, why do people choose to end their lives and what solutions might be provided? These are important questions that this article will answer.

Ryunosuke Akutagawa, a popular writer in early 20th century Japan wrote before dying “It is suffering to live, of course, I do not want to die, but…” This statement underscores the fact that no suicide victim really wants to die, however there are a few reasons why many decide to end their lives.

Bullying especially among youths in schools and colleges have led to increased suicide rates. These include cyber bullying, physical bullying and verbal bullying. Many young ones are bullied because of their physical appearance, race, skin colour and even the financial strength of their parents. Sometimes, the bullied victims try so hard to ‘fit in’ with the rest of the kids, but when this doesn’t happen, they retrace to solitude and finally end their lives.

Cyber bullying which has become popular due to the ever increasing rate at which young ones use social media has led to some suicides. To some kids, social media is their whole world, this is what cyber bullies take advantage of by blackmailing their victims or making slanderous posts and comments about the victim. The innocent victim not being able to bear the enormity of the situation might decide to end it all by taking his life.

The end of a romance is another reason why some commit suicide. Not being able to deal with a breakup especially when the person had done nothing wrong in the relationship and had sacrificed a lot for it, only to see everything go down the drain. This, sometimes lead a few to commit suicide.

Undergraduates who commit suicides because of educational related issues so sorry as a result of fear of failure. Some were pressured to study certain courses just to be like their peers or please their parents, others know how difficult it was for their parents to send them to school and so ‘I will never dissapoint’ becomes their anthem, but when reality sets in they fail, the shame of facing their loved ones back at home with the news that they failed becomes overwhelming which has led some to end their lives.

A girl who was raised in a very religious household might have contemplated suicide when she gets pregnant before marriage. The feeling of disappointment, having failed her parents who had tried to race her up in a godly way from infancy might be hard to bear. It even becomes worse when she decides to carry out an abortion, the feelings of guilt that might plague her for that cruel decision might make her commit suicide.

Nothing could be more anxiety laden than a family head not knowing where the next meal for his family will come from. The inability to provide for the members of one’s own family due to financial problems and unemployment have led some men to take their lives instead of living with the feeling of being an incapable family head.

The media no longer places a high value on life with movies depicting gross violence and bloodshed being released every year on our TV screen. Dr. Seiden of the University of California noted that ‘by the time a child is 15, he or she has witnessed 14,000 murders or violence on TV.’ The devaluation of life depicted in such movies is also another cause of suicide since so many movies have been watched showing life being ended without regard.

Other factors responsible for suicide include loneliness, chronic or painful illness, death of a loved one and perfectionists who suffer setbacks. The greatest cause of suicide, however, is depression. Awake! Magazine reports Prof. Jamison who once attempted suicide herself as saying ‘People seem to be able to bear or tolerate depression as long as there is belief that things will improve.’ But when things do not get better, the feelings of hopelessness, helplessness and haplessness set in which then lead to such ones ending their lives.

Having discussed the common causes of suicide today, what then is the way forward?

Should Suicide Be An Option?

Life is a gift. The joy we feel when a baby is born, the pleasant sound of music or of birds singing that falls on our ears, the satisfying fragrance of flowers our nose smell, the beautiful evening sunset that befall our eyes and the tasty meals that our palate savours all give evidence that life is a gift to be enjoyed.

Granted, there are seemingly unbearable challenges that come up and would want to make you give up, but no, do not give up. Do not let the momentary challenges get the better of you. Imagine buying an expensive attire as a gift for a friend. After a few days you decided to pay him a visit, while leaving you ask for a rag to clean your shoes only for that friend to bring that expensive gift already turned to a rag. You later found out that he wore the cloth just once and because it got stained which could be removed by washing, he decided to turn it into a rag, leaving you gobsmacked. Similarly, our lives (which is worth more than any material gift every received) need to be appreciated. It would be out of place to just end it all due to some challenges or mistakes which could be washed away with time and positive efforts.

‘The downfall of a man is not the end of his life’, ‘A fowl, not yet dead can still eat corns’,  and ‘Tough times don’t last…’ are common expressions used to explain the fact that as long as there is life, there certainly is hope. Like the biblical Joseph who woke up that morning a prisoner but went to sleep that evening as the Prime Minister of Egypt, in just a few seconds, things can change for the best.

Also, committing suicide is never a loving thing to do because even though the you will no longer feel anything, the pain and sorrow that such action leave behind on family members and friends often hurt deeply. The love you have for your family should move you to fight whatever challenges that might be luring you toward that dangerous path.

What Can You Do?

If you’re having suicidal thoughts, here are a few things to do:

iii. Speak to a trusted mature friend about it

Additionally, family members can help by providing listening ears and being alert when these ones use expressiona such as ‘I can’t take it any longer’ or ‘Why go on living’ in their daily conversation. Depiction of graphic violence should be reduced to the barest minimum while parents should try to reduce the undue expectations heaped on the shoulders of their wards in school.

If  you are contemplating suicide, kindly note that there are about a million things to live for and trillion reasons to keep going on.  No matter what you might have experienced, what you’re experiencing now or what you will experience in the future, always remember that life is worth living and your loved ones will be crushed if you give up, therefore, do not give up! 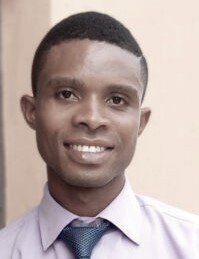 Man Up by Peace Habila

Let Me Do Your Make Up by Arueze Chisom.