Commenting on trending issues on social media has become a bore lately.
If you state an opinion outside what the news media has put out there for you to believe, people say you’re a conspiracy theorist. You could get into a cyber fight for not just saying what CNN or Fox News has put out there or shared an opinion outside what the influencers have been told to say and do. It’s a sheep herd world out there now even as we are in the age where information is all around us.

On the recent US military withdrawal from Afghanistan, I wonder why everyone wants to jump on the bandwagon of blaming Biden. It’s almost as if no one was aware of the losses and the impossibility of that occupation given the country’s history and recent events.

Listen, as I told ears that cared to listen right from the gulf war years, you cannot win a fight with a man who has prepared to die. You kill him, he has won; he kills you, he has won!

The pull-out of the US military was going to happen and should have happened long ago. What kept them was a bruised ego and their seemingly inexhaustible source of cash. But even a deep pocket has its dry moments and although the US economy does profit from wars and conflicts, this one was taking more than it was ever going to yield.

Aside from the beauty of the mountain ranges in Afghanistan, some rare earth minerals abundant in other places as well, what really could an occupation of Afghanistan yield in financial terms? What’s the possibility of converting such a place to what Germany or Japan became? What’s the hope that a strong Afghani govt would remain an ally in the future?

These are questions to ask when you take losses, human and financial.
The Soviets saw this and just one year into taking heavy losses from CIA-supplied stinger missiles, they left. It wasn’t worth it.

The Americans should have seen this long before now and I am sure they did but were too embarrassed to admit it. What we should blame Biden for, and not just him but administrations before him too, is that they funded both players in the new theater of war that’s about to unravel in that region now. ISIS, the Taliban, and everything in between were overtly and covertly funded by the same people to destabilize different governments at different times.

This is the moral burden the US has to bear as events in that region unravel in the days and weeks to come. Added to this, I don’t think anyone will convince me that the process of withdrawal was so hasty that the US military could not evacuate 85 billion dollars worth of military hardware that they left behind.
If you ask me, I would think it’s deliberate.

The problem is, permutations don’t always go the way they appear on paper.
Where those weapons end up and who they get used against could be anywhere and anyone. 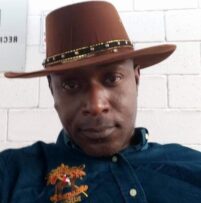 On This Day: The Statue of Liberty Arrives in New York Harbor

On This Day: The Couple Sentenced to Death for Espionage