Dear readers, our winners for week 39 have emerged. Roselyn Sho-Olajide and Michael Ogbonnaya have won N20,000 each while Chisom Arueze and Peace Habila are tied and will split the N20,000 cash price. 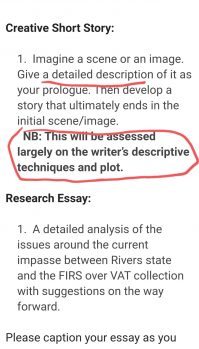 Now let me say this before we proceed; writing is a craft that is developed by consistent practice. However, a writer must also pay close attention to details. It is a basic rule of the craft. The creative essay topic for week 39 clearly outlined the rubric for writers to follow but few did that. It has also been the case that in the past some writers have had their entries disqualified for not adhering to the word count, poor paragraphing/punctuation and other avoidable pitfalls.

Do not hesitate to ask for explanations when you are confused. 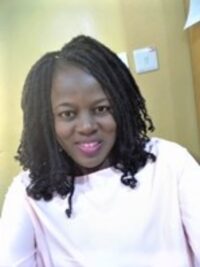 Another Essay with a storyline that struck me, as well as the properly arranged sequence of the story which highlights the uncertainties of life. It’s ironic how her father thought a Sickle-celled Jay would die early, only for him to die before Jay.
It’s a beautiful tale of love, pain, perseverance and faith. What’s not to love about it? ~ Judge

In A Thousand Tomorrows Roselyn fastidiously stuck to the instructions to produce another beautiful work that showcased her descriptive and plotting skills in the intrigue therein. She also used a good combination of dialogue and short sentences to give her essay some immediacy. This was a creative essay that crossed all the t’s and dotted the i’s. However, there is always room for improvement. A significant incident like the death of Serena’s dad from a heart attack could have enriched the story had it been shown not told. (add a little drama for evocation..remember “show don’t tell). Nevertheless, this was a job well done. Congrats Roselyn. 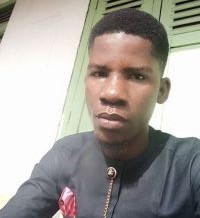 Analysing The VAT Collection Tussle by Michael Ogbonnaya: Michael must have felt the heat after being halted in his run of successive wins because he obviously did extensive research in this piece. Delving into the history of VAT, its generation and sharing formula as his introduction, he then discussed the recent issue between the Rivers/Lagos state governments and the Federal Government/FIRS. He went beyond the information found in the media and public domain to highlight the pros and cons of the present VAT collection formula, as well as the pros and cons of the formula being proposed by some state Governors.
He objectively laid bare all the facts in a manner that the layman would understand the issues therein.
This is an educative piece for a lot of people who might not understand what the fuss about VAT collection and allocation is all about.
It will also make us have a rethink if we had hitherto thought that states being responsible for VAT collection and use would signify Uhuru for our states.
This essay should make states start thinking about the modalities for implementing this new law if it becomes a reality, as the hitches to be faced are highlighted. One thing that will strike any reader is the originality of his work despite having to reference others. The clincher, however, was the suggestions that set forth a variety of revenue-generating approaches for the states. Yet, I feel that itemising his points from the introduction down to the body of the essay was not necessary. A good essay all the same. Congratulations Michael. 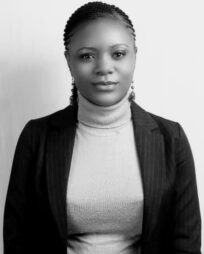 Stoic by Peace Habila: This was a good attempt by Peace who I have come to believe that her forte is in brevity. That explains some of the often excessive descriptions in this work. But hey, we are here to learn and any creative tutor will always tell you to dump everything first and then do the trimming afterwards. I’m certain that the writer will agree that further editing would have brought out the best in her essay. And then again she can infuse more dialogue in her work by using separate paragraphs for each sentence in quotes. That’s a basic rule that greatly improves the readability of any prose. Still, this piece of work is a worthy winner. Congratulations Peace. 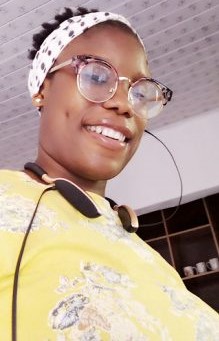 Chisom is a natural storyteller. Even when she doesn’t win most judges have often acknowledged that this is a young lady full of stories. In The Emotional Side Of God, she penned a touching, real-life, impactful essay that has been so thoughtfully and beautifully written to depict the pains and torture of an 11-year-old.
It highlights the importance of a simple action- Love, which unfortunately is lacking in some families. In a few paragraphs, she has painted a picture that spanned over 10 years, and the reader is already thinking of the kind of man this child would grow up to become. The story also showed that what we crave is love and understanding, which can be gotten from a complete stranger.

Point to note: Pay attention to how you switch your tenses, that’s a basic rule. And I believe that many editors would choose a different title. Well done Chisom.

It’s Fun Time: This is a beautiful piece by Johnson and has a good storyline. It is an action-packed tale with a pulsating pace. Yet, the writer could have been a top contender for the prize if only the instructions were followed to the letter. This exercise was to test our ability in using descriptions and plotting to evoke the emotions of a reader. A good essay all the same.

The Revenge by Victor Oladejo: This young man is a talent. He is definitely headed in the right direction but still needs more practice, coaching and focus. I advise him to read the cmonionline book recommendation titled Writing Great Fiction, paying particular attention to the technical aspects of the craft. Other writers will do well to read it too. Keep going Victor because I know you can’t stop.

Coming Home? by Humble Ogbonna was a bold attempt, a very bold one I must say. You are at once reminded of Wakanda in the Black Panther. But the writer should have done more to make this story more captivating. For instance, while I believe the end of the story is left to the reader’s imagination, Umkuzu’s battle with the beast could have been better developed with more evocative descriptions. This was a very good attempt and something different all the same. Keep writing Humble.

The Devil’s Face by Augusta Ndeche started well but the plot could have been put together in a tauter manner for clarity. The writer also did more telling than showing but overall it was a good essay and it’s good to have her back in the competition. I’m sure we will read more from her.

Chukwuemeka Oluka and Abdulrasaq Ariwoola also did well with their research on the VAT collection topic. Both writers seem to have chosen the category and it’s clear that they understand what is required of researchers. Chukwuemeka could have done more to make the work his own even after drawing from various sources while Abdulrasak could have developed his suggestions further as the primary aim of every research work is to offer solutions. Well done guys.
We are making progress and I feel that many writers are now more committed to this journey than ever before. You will also notice that the creative part of our competition is getting more technical. That is what it should be if we want to become better writers. Thanks to everyone that is travelling with us especially our judges who devoted time to assess a total of about 25000 words in a short time.
A Judge has this advice for us: Don’t try too hard to be competitive. Good essays flow effortlessly. The trick is to keep it simple and coordinated.