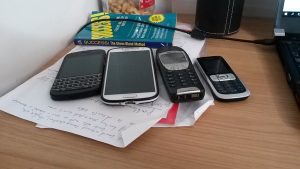 It was a worthwhile decision he told me as he bought some Jeffrey Archer novels and began to rediscover his reading habit. Interestingly he didn’t miss much or let me say he felt he didn’t miss much rather he gained much. His wife had just returned from across the Atlantic with a new baby and time off social media was swapped for bonding with his growing family.

He said unlike before they now stay in the bedroom chatting for hours without the incessant notification sounds that interrupt your flow during family discussions. Ultimately he is happy because he is loving up with his wife as they now share jokes and banter like twins.
When I finally asked him to check the message I sent via WhatsApp he laughed and replied: “ Cmoni I’m not switching on my data even for you”. He gave me his wife’s number to forward the message to him. 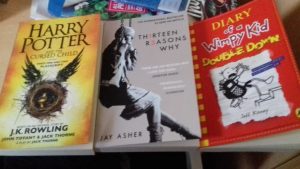 As a student at Cardiff University, I was very much addicted to social media. I was staying alone in a faraway land and had to connect with friends and family. In school, at home, on the bus or even while strolling on the streets, I would be chatting away on yahoo/blackberry messenger or Facebook.

However, the primary aim of being in South Wales was never lost on me, and even if there was any chance of that, the weekly writings involved in my coursework never allowed it. Besides the voluminous texts for recommended reading, we were required to produce an average of 2–3000 words weekly.

It may sound all too simple but when you attempt to present a 500-word article you will realize how tasking it can be. In media and communications research you rarely state an opinion without a reference. That much we discovered first hand when most of the class barely made the pass mark of 50 in our first assignment on a media report.

While writing my dissertation, my laptop which had seen better days crashed after I had done about 14000 words. Cloud storage wasn’t common back then and even though I had some back up in my email I had clumsily forgotten to save my work for the last 2 days.

Lapping up all we come across on our digital appliances is time-consuming and sometimes burdening, but the good news is that nobody is forced to do that. Except it is part of your job which of course earns you a living. Even at that, taking a break is very much within your control.

From being better organized to having more time to spend on more important things like family, work, studies, and spirituality, the benefits of a digital detox will surprise you and you could end up living as you did in the last millennium without any deficit.