It was an enchanting relationship filled with excitement, romance and every other oojah that comes with love life.

She was a gentle cutie, polished and well mannered. Perhaps too cultured for a roughneck like him. But they had a good thing going. They were lovers. Very much in love. They practically saw each other daily and would spend hours together chatting about ‘sweet nothings’ which of course included music. 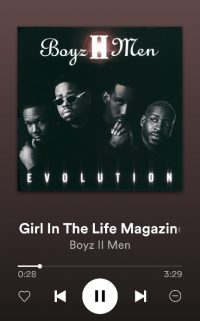 She was a great fan of BoyzIIMen and that was how he became a fan too. They both fell in love with the Evolution album and often played it whenever they were together.

When she went home for weekends he will drop her on Friday and also pick her up on Sunday. He happily did this even though her parents could have easily sent a driver.

On one of those weekends, she joined her family in the village for a function and he promised to pick her up on Sunday.

On Sunday afternoon she rang to tell him not to bother coming since she could join her cousins back to school. But he insisted.

She didn’t press because she knew he enjoyed driving and even more so when it’s with her.

He set off in his grey Peugeot 505 a few minutes before 4 pm and didn’t even get to the highway when he heard the disturbing “knocking sound”.

Peugeot! One hell of a tough but lousy car.

He parked and checked the engine oil. It was ok, so he decided to risk the sound.

“Just don’t rev the engine”, he muttered to himself. Well, it didn’t take long to happen. The engine ‘knocked’ in less than a kilometre.

This time, he didn’t bother to open the bonnet. The dense vapour from burning oil was enough to confirm his fears.

He had to call her. Those were the days of landlines but luckily he was a proud owner of a Motorola MicroTAC. So he called her number in the village and informed her about the ‘slight’ hitch.

Again she asked him not to bother.

“Babe don’t worry now. I will join my cousins, their driver will be here soon”

And again he refused.

“ Oh come on, it’s less than an hour’s drive, I’ll be there before 5:30,” he said, eager to show his love and commitment regardless of the problem.

He pulled out the Evolution CD playing and jumped on a bike.

To go and borrow his friend’s car. A red Mercedez Benz E230 ‘flat booth’ that he was already used to driving whenever his car had problems. His friend was a nocturnal creature and didn’t have a problem giving out his car during the day.

Once again he resumed his trip. Only then did he remember to call his younger brother to go and tow the broken down Peugeot. He had dropped the keys in the passenger tyre well as usual.

It was almost 5 pm when he ran into the traffic. An accident involving a truck on the opposite lane had caused sudden congestion on his lane. It moved at snail speed for about 20 minutes. He was getting agitated so he decided to update her again. Her voice would surely calm him down.

He pulled out the handset only to hear that galling “pooh pooh” beep of no signal. Flustered, he took a deep breath and tried to keep calm. Reassuring himself that the network will improve, he crawled on with the traffic.

After another 15 minutes or thereabout the traffic eased off.

Alas! He was free from the madness!

As he stepped on it the phone rang. It had to be her! He flipped open the phone only to hear the worst of all tones, “poororom!”.

The battery was gone!

He raced on and reached her place in less than 20 minutes. The gazebos were still there but the gate was locked. He thought it was normal since the sky had dusked. He tapped the horn and skipped back to track 1 on the CD while he waited.

The jam couldn’t be more soothing to his frayed nerves. Doin just fine filtered through the speakers as an elderly lady appeared from the backyard, opened the pedestrian gate and approached the car.

She looked worn-out. Possibly overstretched from the day’s activities. He tried to smile and said, “Good evening ma, please I want to see Ify”.

“They have all left”, she retorted.

An unfriendly woman he guessed. All the same, he wanted to find out more so he asked.

She peered into my car for a moment before querying.

His heart sank. It will be futile to waste further time with a weary, unfriendly and cautious woman. He was already engaging the reverse gear as he said, “never mind” which met her loud hiss in return.

He must have reached her hostel in less than 45 minutes. He ran to her room and met a locked door. Her neighbour informed him that she just left with her friends. He ran to her friend’s room and was told that they had gone out to eat.

He knew exactly where and drove to the restaurant immediately. He met them just as they were leaving. Her friends said hi and took their leave. Before he could offer any explanation she wrapped him in a warm hug.

“Babe, it’s ok I understand, I’m really sorry you had to go through this”, she gushed apologetically.

For a few minutes that seemed like an hour, they stood there, curled in each other’s arms and kissed passionately without giving a hoot.

He wanted to ask how she got back but thought better of it and asked if she will like to hang out for a drink instead. It was better to keep the romantic mood alive.

“Sure, but unless you let me drive”.

She was still a learner but this wasn’t the first time he will let her drive. He handed her the keys without hesitation.

As she made to reverse and edge out of the kerb they ended up in the ditch the next minute!

As a small crowd gathered he got out of the car and helped her out.

As she tried to explain, “Babe, you this car moves faster. I was just releasing the clutch…

He interjected, “it’s ok Babe I understand, sorry I put you through this”.

They were wrapped in a tight hug again. Whispering sorry and sweet nothings to each other.

The crowd dispersed as they both laughed naughtily, thanking them for their concern. The laughs turned to more hugs and the hugs to kisses. And in the paradoxical human impulse to surrender before the enormity of love they were caught in a sudden whiff of primal solipsism as they started making out right there.

The Benz still had one rear tyre in the ditch but who gives a sh*t.

It will be taken care of tomorrow. They‘ve had enough troubles for one day.

So in the serenade of the dark with eyes wide shut, they leaned against that car fender and kissed away. Lost in the twilight-stirred wave of love with subtly quickened heartbeats while BoysIIMen still played in the background as Shawn Stockman purred on…
She would step right out of the picture
And spend the whole evening with me
And oh how she hated to go
Back to her picture
The girl in the Life magazine…

This thing called love is a beautiful thing!

This story was first published in medium.com