Home Essays Bestiality as a Form of Animal Abuse, its Causes and Effects on...
Post Views: 40

Bestiality is the performance of a sexual act with an animal. The word was coined from the word Bestial and ity which explicitly mean indulgence in bestial instincts. ‘Brian Holyanda, MD, a forensic psychiatrist in Sacramento, California asserted unequivocally that Humans have been having sex with animals since the earliest recorded history because Cave paintings from 15,000 to 20,000 years ago were demonstrating sex with animals.2 Bestiality as a sexual activity has existed from time immemorial as adjudged from the Hindu ritual of a lady marrying a dog and also in Greek mythology where Greek god Zeus came down from Mount Olympus and presented himself in an animal form and coupled with humans but due to the minority of cases and lack of wide information dissemination medium, it has been swept under the rug until the recent trends which have brought it to the limelight due to the quick dissemination of information through social media. Statistically, dogs and horses have been termed the most abused animals with the men proven to be the most active gender in bestiality. The trend of bestiality has caused serious uproars in Conservative and liberal communities. The conservatives deem it a Morally reprehensive act and should be condemned vigorously due to Religious and cultural beliefs, whilst in liberal spaces has led to a debate amongst two classes of people I term the Categoricals and Consequentialists; The Categoricals in conformation with Immanuel Kant’s categorical imperative deem every act should be seen in its inherent right and duty paradigm i.e. vehemently stand for these animal rights as these animals are quite incapable of communicating Consent and rebuts the Consequentialist stance of visual stimulation e.g. Dogs penetration as consent because it’s a rapist stance of indulging in sexual activities with a minor because of perceived arousal. While the Consequentialist in conformation with Jeremy Bentham’s utilitarianism principle deems the act morally palpable as it deals with the outcome on the individual i.e. Overall happiness of this individual and in as much, it doesn’t harm another human being, they should be left to practice.

An introspection to the Categoricals stance of Bestiality is the act being an inherent abuse of animals. In liberal societies, animals have risen exponentially that they possess rights and an established norm that they should be treated with care. An epitome is a case where a footballer, Kurt Zouma was sanctioned and sponsorship was withdrawn because he stepped on his cat.”7

These animals rights activists deem bestiality principally inconsistent with such rights because these animals are indulged in sexual activities without proper communication of consent which is an important factor for determining rape, this group deems it an abuse on these animals as there’s now a malintent of purpose of purchase where these animals are now used as a means to an end which is on sexual gratification and likens it to animal hunting which is criminalized in most Western states. Secondly the Categoricals stance of harm to the animals due to the interspecies sex which these animals are not properly structured for and even harm humans, for instance in the United States, where a six months old puppy was raped to death and a man died after he had sex with a horse. This group consists of the majority in liberal spaces hence evident in laws that criminalize Bestiality as either a felony or a misdemeanor in Most countries like the United States, where 48 states have criminalized the act.

Apart from Zoophilia which is a sexually deviant behavior where humans possess a more sexual fondness for animals than their human counterparts i.e. totally rely on genetic construction for their attractedness to Animals. In 2002, Williams Fleming underwent a survey in which Animal Offenders reported less affirming communication, emotional abuse, and less positive environments in their families than other Sex Offenders which implies a lack of proper parental care which results in a lack of feeling of belonging which leads to lack of trust in human relationships and ties which is then translated to animal affiliations and sexual relations¹⁰ Albeit these causes, the major causes of bestiality is largely dependent on the kind of society i.e. conservative and liberal societies. In liberal societies i.e. highly progressive and modern democratic societies like Europe, USA,e.t.c, the major cause is linked with an urge for sexual exploration which is stemmed from the inquisitive nature of man, the innate desire of man to transgress boundaries which is evident in technological and sexual development like the creation of sex toys which impulse is turned to a paraphilia, as this is highly fuelled by unraveled sexual fantasies which are either adapted in fictitious books like in Werewolf stories where a human sleeps with a wolf.e.t.c” or adapted in real-life scenarios where these fantasies concocted is now realistically performed by such individuals, Another cause in liberal spaces is the quest for detachments, this occurs in most victims of emotional trauma are scared of attachments but still need sexual pleasure to get libido hence the last resort is that little dog they adopted at a pet shop as opposed to using a sex toy.

Furthermore, in conservative societies i.e. developing democracies and countries like Nigeria where the number of people living below the minimum standard of living is high, the major cause is Poverty, As seen in the Viral video uploaded online, an unconfirmed source stated the lady was offered 1.5million naira to sleep with the dog which she agreed because of the money, ¹2the cost of living is high, unemployment rates are low and individuals in such societies tend to look for different means to make such money which include Prostitution, Cybercrime, and the likes, the exploration and detachment also apply in conservative societies but the minority of instances.

The effect of bestiality in liberal spaces is that it leads to a stricter and more expensive process for pet adoptions as the majority are Categoricals or even reduce or lead to the extinction of pet shops whilst in the worst-case scenario, if the Consequentialists world actualizes, it poses a threat to continuous human interrelatedness and dominance which is visible in the human need to depend on others for relationships and Sex which might even threaten the continued existence of human beings due to inability for both species to reproduce a human(normal human), some scientists even pose that it can introduce a new disease to a man like a disease evolved from zoonotic infections, as Coronavirus and AIDS are being 13 rumored to evolve from zoonotic disease. Albeit this theory is still unconfirmed, certain diseases have been scientifically proven to have a high probability of being transmitted from such intercourse which includes rabies from dogs.

Erstwhile, in conservative spaces, bestiality threatens an important aspect of such societies which is Morality as it opposes religious and cultural beliefs and will continuously be disapproved and like in Holland be made illegal and backed with sanctions like the 14 years sentence in section 284(2) of the Criminal code in Nigeria. Generally, bestiality will lead to a reduced purchase(in conservative societies) and adoption of pets due to societal stigma based on the perception of pleasure hence this will drastically affect animal markets in conservative societies worsening the ability of such individuals to procure income, aggravating the unemployment issue which in turn stifles a source of income for the developing economy and in turn affects the buoyancy of such economy limiting diversification.

Bestiality as a Zoophilic act can be curbed through proper rehabilitation of those individuals and sensitization of the incumbent harms that exist to both the individual and the animal, the same sensitization of these harms that exist also applies to the individuals that indulge in sexual exploration whilst for those in conservative societies which major motivation is unemployment should also be given more opportunities to self actualize by government creation of jobs or by international and Non-governmental organizations targeted assistance. To the casual factor of lack of parental care, individuals should be enlightened particularly in conservative societies where birthing a child is a proof of one’s competency should be enlightened on the importance of parental care and the adverse effects of its absence in Kids, Birth control should be actively advocated for in grassroots and it’s methods made very affordable.

In conclusion, bestiality is a stringent issue that should be frowned upon due to the uncertainty it poses genetically to all humans, the market annihilation of individuals involved in animal husbandry, and most importantly the abuse of animals’ rights. 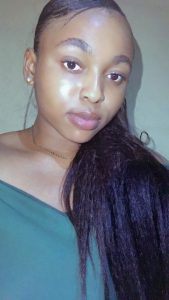 Ugochukwu Precious is a Second year student in University of Nigeria and uses writing to ward off depression as it’s her third lover.

Exploring The Political Apathy Among Nigerian Youths by Ekoja Solomon