You will probably receive this with eyes filled with rage and deep sorrow. I assure that I don’t write to taunt you of your great loss but provide answers to the burning questions that must trouble your sleep each night. The anger you saw in me that day was not as you perceived, a blazing fire fueled by pure evil rather it was a poison -yes, a poison that had flowed slowly through my veins. A poison that kept me from seeing the truth, you. You are my truth, the only speckle of understanding in this mad world.

I toss and turn every night in this crowded room pungent with the stench of urine and evil, howling your name in my sleep. For I didn’t act as a criminal but an angel of vengeance, moreso love.

Uncle Nonso took that love from me the day he killed Mama. It was like every other day in Grandpa’s compound, the thick brown earth dampened by urine and water, the chickens moving about aimlessly clicking and searching for food. I was at the well by the side of the house when it began.

The loud shouts were coming from inside; insults were being rained. Mama stood with anger cursing through her veins, raining curses on Uncle Nonso.

“Those that won’t let me rest are foolish”

“They won’t see joy in their lives, nothing good will happen to them”

I looked away and went on fetching water for it was not unusual.

Mama always fought, for her right to live in the house, for her place in the family, for me and Obu; and for Papa’s attention. She was never granted any. People saw her as a disease swarming with flies and acrid stench. Mama wasn’t a disease, she was the smell of rain on the concrete floor, of the mangoes freshly plucked from Grandpa’s trees, the aroma of oha soup and the cool breeze that cuddled me at night.

Mama had never had a night of rest ever since she moved in upon Papa’s request. Despise, brewed by Aunty Ifeoma filled the heart of Papa’s family. Mama would not give up, she was strong.

Relentlessly, he spat curses at her.

“You witch, ill-fortuned whore! You cast a spell on my brother ehn”

“You want to reap where you didn’t sow”

When he perceived that Mama was slowly backing down, he grabbed the thick rim of a car window nearby and struck her. He struck again and again. Mama yelped in pain but he would not stop. I ran in fear towards her but Aunt Ifeoma held me back murmuring something about freeing the family from a curse. I struggled vehemently, screaming sensing the worst.

They watched with excitement Mama scream in agony as he struck her until he had enough. He dragged her by the throat and pushed her towards the ledge in front of the common door of the brown bungalow. There was a thud and then crimson liquid ominously flowed from her. It touched the ledge, slipped and filled the damp earth.

Mama did not move, her eyes wide open and unflinching with horror and fear.

Slowly, everything became a blur, Papa running towards her in fear, Grandma holding her body and weeping; even Obu losing consciousness. The burial was silent and fast, everyone dressed in white, eyes tired, not mournful. I stood a far off not wanting to come to too close to reality. I heard a piercing scream fill the air as Mama’s body was being laid into the ground. Everyone was staring at me with pity now. I reached for my lips and realized that they were ajar. It was coming from me.

If you have read my letter thus far, you must see my reason lucidly. You must see why I killed Uncle Nonso and why I chose to use poison to kill him. I wanted to watch him suffer in pain and not understand why. I wanted him to feel the fear of helplessness. I wanted his final breath taken in anguish.

When the police came for me, I did not think I would fear prison until I realized that it would keep me away from your love, enveloping and unconditional. I shudder at the thought of you standing there in utter confusion and deep fear.

I write now with tears falling down my cheeks and heavy remorse not for what I did but for losing you. 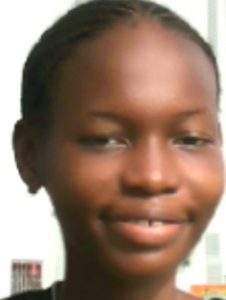