Home FEATURES On This Day On This Day: The Birthday of Patrice Lumumba, Republic of Congo’s First...
Post Views: 10

On this day: in history (1925), Patrice Émery Lumumba was born. He was a Congolese politician and independence leader who served as the first prime minister of the Democratic Republic of the Congo (then known as the Republic of the Congo) from June until September 1960. 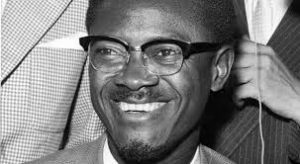 Ideologically an African nationalist and pan-Africanist, Patrice Lumumba played a significant role in the transformation of the Congo from a colony of Belgium into an independent republic.

Shortly after Congolese independence in 1960, a mutiny broke out in the army, marking the beginning of the Congo Crisis. Lumumba appealed to the United States and the United Nations for help to suppress the Belgian-supported Katangan secessionists led by Moïse Tshombe. Both refused due to suspicions among the Western world that Lumumba ambiguously held pro-communist views. These suspicions deepened when Lumumba turned to the Soviet Union for assistance.

After Mobutu’s military coup, Lumumba attempted to escape to Stanleyville to join his supporters who had established a new anti-Mobutu rival state called the Free Republic of the Congo. Lumumba was captured and imprisoned en route by state authorities under Mobutu. He was handed over to Katangan authorities, and executed in the presence of Katangan and Belgian officials and officers. His body was thrown into a shallow grave, but later dug up and destroyed.

Following his assassination, he was widely seen as a martyr for the wider pan-African movement. Over the years, inquiries have shed light on the events surrounding Lumumba’s death and, in particular, on the roles played by Belgium and the United States.

In 2002, Belgium formally apologised for its role in the assassination. In 2022, a gold-capped tooth, the only part of his body that exists after his remains were dissolved in acid, was repatriated to the Democratic Republic of the Congo by Belgium.