“What is your State of Origin?” My 300 level advisor asked me. I’m a Pan African, I believe in Nationalism and I believe as a citizen of Nigeria, I am home anywhere I am. It was quite amusing, seeing a Doctor of Nanochemistry in a Federal University asking me that question.

Once her question popped out, my mind immediately went to the fact that my parents are from the North Central axis of Nigeria, I was born in the North West and have never crossed the River Niger.

Upon application for admission to the University, I had to do a change of name, as my name could be categorized as ‘English’. My dad sent money to a distant cousin to help get the state of origin certificate so that I could identify as someone within the catchment area of the university I was applying to.

All these raced through my mind when she asked that question. I was born in northwest Nigeria, have never crossed to the other part of Nigeria, spent full 18 years in the North West. So, when she asked, “What is your state of origin?” I just didn’t know what to say. I was perplexed.

This question has been a divider in this great nation. If you want to cause some sort of division, all you need to include in your dealings is Ethnicity, Tribalism, and Statism. These things are what the Nigerian people lean upon and see as pillars.

The word origin could mean root and source, your descent. Her question had two correct answers, and none would be seen as a lie in any way.

Okay, here’s what I mean:

Indigeneship in Nigeria has no clear-cut definition in Nigeria’s 1999 constitution as amended, yet it is heavily practiced. Also, every State is left to determine how Indegeneship should be addressed.

So, if one was to apply our citizenship law in the constitution, I could refer to myself as someone from the Northwest, as it would be citizenship by Naturalization.

Also, from the same constitution, I could be seen as someone from the Northcentral, as that would be considered to be citizenship by birth.

But definitely, people at certain levels would deny me as one of theirs, because as much as my root is traced to the North Central, I’ve never been to that part and as such, it makes a point that I’m not a recognized son of the soil.

Looking also at the North-Western situation, it’s a similar rejection that would be experienced, because as much as I grew up there, I’m still not a son of the soil.

Then, What is my State of Origin?

In saner Democracies like the United States of America, a free country, this Indigeneship Rule doesn’t hold any ground. Although a lot of them can still trace their roots to different parts of the country, nobody lays claim to a particular region. Anywhere you go, you are an American as long as you are a Citizen.

But the Nigerian Divide remains Ethnicity, Tribalism, and Statism. Because of the silence of the Constitution on such a pivotal matter, the people have been given liberty to decide what they call Indigeneship.

We do not see ourselves as a singular nation, indivisible, Nigerians, rather we view ourselves as Nigerians, divided into different Ethnic groups, Cultures, Tribes, and States.

No doubt we are seen as beautiful people because of our cultural diversity and differences, but the underlying effect is that this translated into causing unacceptability of fellow Nigerians in different parts of the country because they don’t bear root from that part.

Even in our Federal political system, you hear words like Zoning, Federal Character Principle, Marginalization, and the likes. The people have experienced division to the extent that they now downplay Competence over “Feeling among”.

Our people simply want to see that “one of their own”, is occupying a very important position in government, not minding the person’s level of competence and experience. Forgetting that we are ‘our own’.

Whosoever is occupying any position is a Nigerian and that’s what should be important.

The Nigerian divide has engulfed all sectors of the Nigerian government even in Education. Before 2019, there was a system in applying for admission into Federal Government higher institutions where applicants from the said geo-political zones where these institutions are located are given preference over students who merit the admission but aren’t from that geopolitical zone.

A worse situation is seen in most State-owned Federal institutions where students who do not originate from a particular state are forced to pay much higher school fees than students from the state.

Appointments by state governments and even the federal government have adopted the “our own” system as well.

Of course, the silence of the Nation’s constitution is the foremost reason behind this. As much as the constitution doesn’t address this issue, Nigeria would continue in this Ethnicity, Tribalism, and Statism.

The question of “origin” of course must first be answered by the Nation’s constitution. There be clear law on Citizenship and Indigeneship. But while the lawmakers are at this they shouldn’t forget to amplify citizenship over indigeneship.

As much as a reform in the law would go a long way, there needs to e a change of mindsets. Radical educating of every Nigerian on the importance of being united as a single people.

Being a Nigerian should be the goal and not just representing a particular tribe, state, or ethnic group.

We all are Nigerians, indivisible. We are one people, the beauty of our culture is in its diversity, but we should not be divided by it.

So, the answer to my level advisors question? “I’m a Nigerian.” 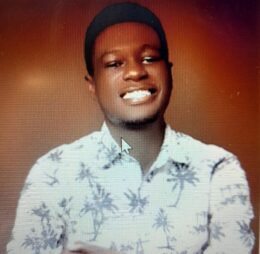