On the evening of Tuesday, when I logged in Twitter to catch up with raves of the moment, the first thing that popped up on my timeline was pictures of a very magnificent borehole project donated by a fellow comrade to a community in Ebonyi state. In the thread, he narrated how the community has been lacking clean water for years; how they trek about five kilometers to fetch water from a river; and how they have complained to the “appropriate” authorities for years without anyone heeding to their cries. In the end, he wrote, “Until we, the youths, begin to solve our people’s problems, the avoidable sufferings and frustrations of ordinary Nigerians will last till God knows!” I had worked with the fellow in 2016 when we both served as VSO International volunteers. In our one year of service, though non-paid position, we broke barriers and left no stone unturned as regards improving the lives of our host community.

So, marveled again by his usual game-changing attitude, I quickly called to commend him. He told me that when he heard about the people’s protracted predicament, he was deeply touched. But already browbeaten by the financial constraints that accompanied the COVID-19 pandemic, he was burdened with how to raise a huge sum of money the project required. However, out of a burning passion, he took it upon himself and reached out to several persons who made reasonable donations which he completed from his pocket, and executed the project.

After a long interesting discussion with him, I went back to Twitter. Coincidentally, the next thing that showed up on my timeline was the notification for Cmonionline’s week 21 essay competition topics. Digging further, the first question was “The Soro Soke generation: Will they make good leaders or not?”  Right immediately, my favorite quote, a statement made by Robert Kennedy, struck my mind. Robert Kennedy in his 1966 revere speech, Day of Affirmation, while charging the South African youths to continue to rise against the apartheid regime reminded them that:

“A young monk began the Protestant reformation; a young general extended an empire from Macedonia to the borders of the earth; a young woman reclaimed the territory of France; and it was a young Italian explorer who discovered the New World, and the 32-year-old Thomas Jefferson who proclaimed that “all men are equal.” These men moved the world, and so can we all…”

These historic exploits of youth-driven leadership are just a microscopic tip of the iceberg. Day in, day out, young people are shattering extraordinary records and breaking new grounds where old generation leaders had hitherto failed to succeed. Thus, I have no iota of doubt that when given the mantle of leadership, the Nigerian Soro Soke generation will salvage the country from its age-long leadership problem which has continued to serve as a parasite to the roots of national development.

Recall that on 1st October 1960, when Nigeria gained independence from the oppressive rule of colonial regimes, there was euphoria of joy and celebration across the nation, with a view that the victory will be a pathway to greatness and a better life for Nigerians. It has been 60 years of independence, but here is Nigeria today, buried neck-deep in the pool of political, economic, and social quagmires.

Sadly, it is not as if there is any natural phenomenon that predisposes Nigeria to failure.  As a dynamic Nigerian writer, Professor Chinua Achebe, in his classic book, “The Trouble with Nigeria”, rightly said, “There is nothing basically wrong with Nigerian land or climate or water or air or anything else. The Nigerian problem is the unwillingness or inability of its leaders to rise to the responsibility, to the challenge of personal example which are the hallmarks of true leadership.”  It has been the more we cast our hopes that a new leadership will ferry us out of the miseries, the more the problems continue to get worse and deteriorate. Fortunately however, following the #EndSARS nationwide protest which gave birth to the “Soro Soke generation”, the youths, more than ever, are now serious about leadership.

The Soro Soke Generation and What They Stand For

“Soro Soke” is a Yoruba expression, which means “speak louder or speak up”. The phrase was used on Governor Babajide Sanwo-Olu of Lagos state during the heat of the October 2020’s #EndSARS protest in Nigeria. The phrase appealed to most of the protesters, spread like a wildfire, and became the official street slogan of the movement.

Given that the #EndSARS protest centered on not just ending police brutality alone but also ending bad governance, the term has become a symbolism of a group of Nigerian youths (including this writer)  who strongly believe in the Nigerian dream—the dream of liberating the nation from the yoke of political tragedy. Put differently, the Soro Soke generation wants a new dawn in Nigeria. A new dawn where national interests are not compromised for selfish reasons; where there is a climate of accountability, stewardship, social justice, and responsibility; where there are adequate policies and initiatives capable of helping the downtrodden citizens to reach their full potentials with minimal hurdles; a new dawn where the economy grows in a quantum leap; and where Nigeria takes a pride of place in the comity of developed nations.

Can the Soro Soke generation deliver?

Quite alright, I agree with an Italian philosopher, Niccolo Machiavelli, who from his wealth of experience said: “There is nothing more difficult to take in hand, more perilous to conduct, or more uncertain in its success than to take the lead in the introduction of a new order of things.” The level of rot in the Nigerian political landscape has made good governance a very strenuous task. But, be it as it may, world history is rife with stories of how youth has always brought light to dark tunnels no matter how tough it seemed. Inferring from history, my personal example, and the proven commitment of those who share the Soro Soke philosophy, I can guarantee that the Nigerian youths have all it takes to make good leaders. We are filled with strength, fast intellectual reasoning, passion, courage, empathy, and vision. These attributes are the catalysts for coping with the complexities of modern governance, which our old generation politicians are bereft of.

Make no mistake; this conviction is not borne out of wishful thoughts. It is a shining reality. Take, for instance, despite the dented national image, Nigerian youths in the Diaspora are being elected and/ or appointed into different leadership positions across the globe. If they are doing well in other countries, their ability to make good leaders in their own country should not be doubted.

Furthermore, every now and then, the Soro Soke generation are establishing NGOs, taking up community development projects, sourcing and donating funds for sick citizens, and making themselves available for volunteer works. This is not because they want a Grammy award, but because they are deeply touched by the sufferings of fellow Nigerians. I do not believe that such passion and empathy will fizzle out if they take charge.

Also, another fact begging to be talked about is the unmatchable innovative mind of the Soro Soke generation. Nigerian youths who believe in the Nigerian dream are super innovative. Think of   Shola Akinlade and Ezra Olubi who founded Paystack; Dr. Onyema Ogbuagbu who was recently recognized for his excellent contribution to the development of the COVID-19 vaccine; Professor Rita Orji, a young Nigerian whose research in persuasive technology is making waves in Canada; and a host of others that space will not permit me to mention—they are all Soro Soke fellows who have been talking about the Nigerian dream. If a conglomeration of such innovative minds takes over the mantle of leadership, I have no reservation that they can generate electrifying ideas capable of solving Nigeria’s protracted problems.

By and large, all of these and more is a rainbow signpost for our ability and readiness to lead.

But is the recycling of older generation politicians even going to end soon?

Like I always say, our over-aged leaders are not, and will likely never be willing to relinquish power or take proactive measures that will ensure the influx of youth in leadership. They are enjoying mediocrity. And they have nothing much at stake. To change the current precarious narrative; we must take the bull by the horn. After all, “Freedom is not given, it is taken”. In one of my articles, Revoking Nigeria’s Aged Leadership: The Pathway for Youths, I offered some strategic recommendations on how we can systematically put an end to the perpetual recycling of the older generation politicians.

Lastly, let me reiterate that the Soro Soke generation is a beacon of hope for Nigeria’s redemption from bad governance. Their ability to deliver bears no question mark. All hands need to be on the desk towards making it possible for them to take the mantle of leadership. 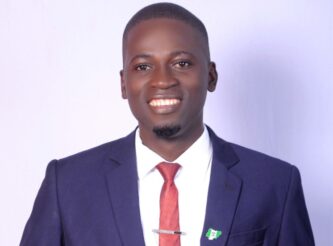 Ogbaga Sunday Thomas, a student of Ahmadu Bello University, Zaria is interested in Education, Leadership, Social Entrepreneurship, and Peace-building. He can be reached via Ogbagasunday3@gmail.com

On This Day: The Zong Massacre and the Lord Chief Justice

The Emergence Of Soro Soke Generation Leaders by Akinmurele Oluwatosin