Home FEATURES On This Day On This Day: The Fall of Invictus Obi, Forbes List Fraudster
Post Views: 2 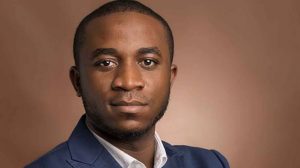 On this day: in history (2019), Obinwanne Okeke (also known as Invictus Obi) was arrested and charged with two counts of computer fraud and wire fraud. According to the charges, he and his syndicates had defrauded American citizens up to $11m “through fraudulent wire transfer instructions in a massive, coordinated, business e-mail compromise scheme.”

Mr Okeke had used phishing emails to gain unauthorised access to the email account of the CFO of Unatrac Holding Limited, the UK Export Sales office for Mantrac Group, a subsidiary of American construction and mining equipment manufacturer Caterpillar Inc.

From the email account hosted on Microsoft Office 365, Okeke ordered fraudulent transfers reaching up to $11m all of which were sent to overseas accounts. Okeke had accessed the email account for about 464 times mostly from Internet Protocol addresses in Nigeria. Acting under the impression that the email emanated from the CFO, the finance staff processed transfers to accounts associated with Okeke. To enhance the credibility of the requests, Okeke also attached fake invoices to the emails. Okeke also apparently sent emails to the CFO’s account from an external address, and then forwarded them to the financial team. During the period of unauthorized access, activity logs show that Okeke created or modified email filter rules for the CFO’s account on seven occasions between April 10 and April 17, 2018. The new rules intercepted legitimate emails to and from employees on the financial team, marked them as ‘read’, and moved them to another folder outside the inbox. These rules were created in an attempt to hide from the CFO any responses from the individuals to whom the intruder was sending fabricated emails.

The FBI would initiate investigations after Unatrac lodged a complaint in June 2018 stating that they believed they had been compromised.

On February 16, 2021, Okeke was sentenced to 10 years in a USA federal prison. A Federal High Court in Nigeria ordered the forfeiture of N280M found in his personal and corporate accounts to the Federal Government of Nigeria. Obi will be released in 2028.