Home FEATURES On This Day On This Day: Steve Jobs’ Resignation as Apple’s CEO
Post Views: 12 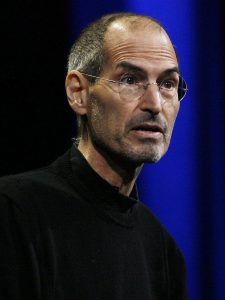 On this day: in history (2011), Steve Jobs announced his resignation as Apple’s CEO, writing to the board, “I have always said if there ever came a day when I could no longer meet my duties and expectations as Apple’s CEO, I would be the first to let you know. Unfortunately, that day has come.” Jobs became chairman of the board and named Tim Cook as his successor as CEO. Jobs continued to work for Apple until the day before his death six weeks later.

Apple’s Board of Directors announced the resignation of Steve Jobs as Chief Executive Officer, and the Board named Tim Cook, previously Apple’s Chief Operating Officer, as the company’s new CEO. Jobs became Chairman of the Board and Cook joined the Board, effective immediately.

“Steve’s extraordinary vision and leadership saved Apple and guided it to its position as the world’s most innovative and valuable technology company,” said Art Levinson, Chairman of Genentech, on behalf of Apple’s Board. Steve made countless contributions to Apple’s success.

Jobs submitted his resignation to the Board and strongly recommended that the Board implement its succession plan and name Tim Cook as CEO.