Home Blog India is the most corrupt and a quarter of people in Asia...
Post Views: 26 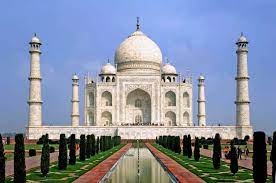 About one in four people living in Asia had to pay a bribe to access a public service in the past year, a new study said yesterday

In a report by Berlin-based Transparency International which was published by straitstimes over 21,861 people surveyed in 16 countries across the Asia-Pacific from Pakistan to Australia, excluding Singapore. An estimated 900 million people had to cough out ‘tea money’ at least once in the past 12 months.

The bribery rates were highest lowest Japan, South Korea, Hong Kong and Australia while India and Vietnam were highest with about 66% of respondents saying they had to grease palms to access basic services such as public education and healthcare.

The report stated that: “We found that more than one in four people in the 16 places surveyed had paid a bribe in the last 12 months when they used a public service (28%).

“Based on the bribery rates for each country/territory and its adult population size, this is equivalent to over 900 million people across the 16 places surveyed.”

It also revealed that Policemen were the most likely to demand bribes, with just about 33% of respondents accepting they had bribed an officer in the past year.

In India, the report continues, about 70% of those who had accessed public services had to pay a bribe. Close behind is Vietnam, where around 65% also paid bribes to access public services.

Mr Jose Ugaz, chairman of Transparency International, who read the report in a press release urged Governments to do more to deliver on their anti-corruption commitments.

He said “Bribery is not a small crime. It takes food off the table, it prevents education, it impedes proper healthcare and ultimately it can kill.”

Corruption has been a scourge in Asia. Countries like South Korea and Malaysia have been in the news recently for corruption in high places. President Park Guen-Hye of South Korea was impeached while Malaysian PM Najib Razak is battling allegations of misappropriation running into billions of dollars.

Ohaneze and Ekweremadu should rise to the Igbo leadership challenge.