We did not support Abubakar because he was a member of the PDP – we endorsed him because he wanted to restructure the country. We have no regrets not supporting Buhari. We are not making any demands from him. A leopard cannot change its spots except there is a miracle. What he cannot do during his first term, you cannot expect him to do that in the second term. His actions, statements, and body language show that he does not mean well for Ndigbo. So, we are not expecting anything from him~ Ohanaeze Ndigbo

With the above excerpt from an interview with the PUNCH Newspapers. National Publicity Secretary of Ohanaeze Ndigbo, Prince Uche Achi-Okpaga affirmed the position of the group that it does not regret supporting Atiku who lost to incumbent President Buhari in the last presidential election.

As an Igbo man gifted with intellect and the ability to write I will never be deterred from critically interrogating these kinds of statements from the apex Igbo socio-cultural group. Having spent over 40 years of my life living in Nigeria I am conscious of the Igbo struggle but I am equally aware that the South East region is not lagging in any UN developmental index in comparison to the other regions. Much of this progress in development is attributable to self-help by a group naturally endowed with the gift of entrepreneurship. However, just like any other Igbo person, I am confounded by the seeming political decline that has pervaded my region lately.

There is an age long position held by many that the dearth of visionary leadership among the Igbo elite as typified by Ohaneze’s statement above is responsible for the current quandary. But then leaders are part of the people, they did not just drop from Mars, so followership is also part and parcel of the problem.

Take for example the unfortunate events that transpired in Vice President Osinbajo’s polling unit in VGC. The gentle pastor — who was once the toast of our people during Buhari’s long absence — was said to have been jeered by a small crowd comprising mainly of Igbo residents as he arrived to cast his vote. Some even popped champagne while passing snide remarks that the Vice President shouldn’t have bothered coming to perform his civic duty since Atiku’s victory was already assured.

It is not that we do not have the right to a choice. No, far from it. Neither is it that we do not have the prerogative of casting block votes for our choice. The problem is that fatal flaw which the legendary Chinua Achebe described in his book “There Was A Country” as “the dangers of hubris, overweening pride, and thoughtlessness, which invite envy and hatred or even worse, that can obsess the mind with material success and dispose it to all kinds of crude showiness”.

We can agree that Nigerians have different SI units for measuring societal ills. Depending on the tribe, religion or party what may be deplorable to Emeka could be acceptable to Ayo and perhaps even commendable to Shehu and vice versa. But surely there cannot be a worse evocation of the Achebe’s lamentation as depicted by the few Igbo delinquents at that VGC polling unit. The Vice President deserves our respect even if we dislike him, his principal or his party.

Undoubtedly a combination of factors such as ethnicity and elite mentality determined the outcome of the election in the VGC and indeed Eti Osa Local Government Area as a whole. However, that conspicuously offensive display by those charlatans succeeded in giving an ethnic colouration to the predicted defeat of the APC in a neighbourhood that is perhaps more cosmopolitan than any other part of Lagos.

My friend, a wealthy businessman who lives in the area was shaking his head in exasperation as he narrated this. Considering the usual cries of victimization from many Igbos in Lagos he wondered how supposedly wise folks from the east could have been oblivious of the high tech security surveillance around the nation’s number two citizen at any given time. The Lagos State Internal Revenue Service could be sending demand letters to their various addresses the following week. O yes, it may sound far-fetched but in Nigeria where tribal sentiments run so deep, it is not impossible.

On various online platforms, on the MSM and even on the ground, it is not uncommon to see South Easterners taking panadol for other people’s headache and displaying what I call ‘political bipolarism’. The same people who swore to vote for Atiku even if he was caught with his hand in the cookie jar cried more than Kano voters that Ganduje is a thief who deserves to be in jail. The ‘No man’s land’ where Femi Gbajabiamila hails from is now Yoruba land because the APC zoned the position of HOR Speaker to the South West. These are the kind of followers we are, and we will eventually emerge to be the leaders of tomorrow.

Now let me come back to leadership. In a previous article, I had stated that the choice of Peter Obi as Atiku’s running mate should serve the more important task of stimulating the process of piloting Igbos back to their rightful place in national politics. And despite their defeat, notable Igbos across parties have rightly called on the ruling party to zone one major NASS leadership position to the South East. It will be unthinkable that for the first time there will be no Igbo person in Nigeria’s first 6.

For one, the Igbos are a majority tribe who are resident in every nook and cranny of the country. We have contributed as much as any other in the development of the country. And then politically speaking more Igbos voted for Buhari this time than in 2015, as a matter of fact, the region more than doubled their previous vote tally for the president whereas they gave Atiku less than half of what Jonathan got.

Honestly, it is totally absurd and disingenuous for any high ranking leader to claim that a region with 42 million people which constitutes about 25% of Nigeria’s population is neither expecting nor demanding anything from a president who is constitutionally obliged to treat all regions with equity. This is not leadership. At most, it is an unnecessary statement informed by a vacuous pride that can only exacerbate the current political isolation. The usually pragmatic Igbo political leadership seems to have been ransacked, its elite think-tank eroded and vision severely impaired.

Perhaps one can rightly place the blame on the table of region’s highest elected official Senator Ike Ekweremadu who selfishly joined an APC led NASS leadership instead of leading the opposition in the wake of the defeat of a president whom we invested heavily in.

But in a country where political parties are largely funded by the powerful executive, it can also be argued that he had few options. However, the SE governors should have been mobilized into a united front to share the control of the PDP with Wike rather than the complete abdication we have now. The result is that the Igbo nation finds itself marginalized in both leading parties. In the APC largely owing to self-inflicted injuries and in the PDP because of selfishness on the part of her leaders.

But let us even assume that Ohaneze Ndigbo is right. Let us agree that we should develop our region without a dime from the centre.

Where is the road map?

Is there an articulate plan involving the private/public sectors to achieve developmental progress across the region?

Given the existing structure of the country, how can we possibly reopen the eastern economic corridor since the civil war without close cooperation with the centre? These and many more are some of the questions that readily come to mind. I believe that the solution to these posers will require an integrated approach which includes holding our governors accountable and playing the right politics to ensure that the region is well represented in Abuja.

Ohaneze can start by telling our newly elected lawmakers to agree and push for a new state. It is equitable and long overdue for the South East to have an additional state. It is only when the national assembly makes the requisite law that the president can assent.

The group should also be leading the charge in pushing our governors. They should be serving us with a progress report on the regional economic integration proposed by the South East Governors Forum over two years ago. We should be reading that the planned 430 km of road construction has reached 50% completion. They can implore Governor Obiano to deliver the much-touted Anambra cargo airport before he leaves while Ugwuanyi should be challenged to surpass the achievements of his predecessor in a state which has political harmony among other advantages.

Ikpeazu needs to be called out. Ohaneze can mandate Arthur Eze to remind him again that the state stinks. He can no longer afford to underperform, Abia is too blessed to be among the most misgoverned states in the nation. And if El-Rufai can sack 22,000 teachers to employ qualified ones nothing stops Umahi from doing the same in Ebonyi. It may seem an unpleasant action now but it will ultimately deliver quality education.

Now that the much-maligned Rochas will be leaving Owerri, Ihedioha will do well to ignore the call for a probe from Udenwa whose only visible legacy in the state was Mr. Biggs. He should focus on taking Imo to greater heights. The exponential growth in Ogun state IGR which just about doubles the combined total of the entire SE states was achieved by the gradual implementation of a blueprint by successive governors from different parties over a period in which the South West region was largely in opposition.

Frankly, the marginalization song is getting boring. If we did not recover from Jonathan’s defeat because he is ‘Ebele’ our brother are equally expected to grieve for Atiku in a similar manner?. The election has been won and lost. It is time to move on with the rest of the country. Time to quit the emotional politics and begin consultations for 2023 because it may be a long time till the next election, but the politicking started long ago.

It is time to look beyond Buhari. 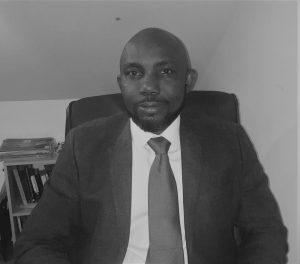