In a digital age where everyone has a form of social medium, the influence of some public figures on brands and organisations cannot be overemphasized. The surge in the influence of social media on even the littlest business could be traced to the beginning of the millennium (2000) where brands like Indomie noodles, Coca cola and even telecommunication organisations began to see the need to influence the public to patronize them by putting the face of a public figure in their adverts.  A stroke of inspiration, one could say. To the advantage of these organizations, it worked well in increasing their customers and clients. People simply patronized a business because their favorite actor, artist or footballer also purchased that brand. The social media influencers were within the circle of these top three till other individuals picked up social media influencing as a full time job.

With a social media community that already trusts an influencer, using such individual quickly transfers such trust to a brand or organization. Followers believe in the taste and stand of their social media icon on a situation or brand. This really helps to boosts a brand’s target audience and increase number of clients.

An example could be seen in the increase of the #ENDSARS protests online and offline. Many youths came out or began speaking strongly in support when their social media influencer spoke on it or came out to protest. This issue was unpopular some weeks back. Opinions or stand on various issues that seem unpopular can become popular in less than a minute the right social media influencer speaks on it.

Brands and organizations carefully select social media influencers to boost them. An energy drink company knows that the followers of a football star would probably play football and visit the gym regularly and so would need an energy drink. A football star would be selected for such company than an actress and so without much stress of searching for target audience, they leverage on the social media influencer. Same goes for legal matters, food companies, telecommunication companies e.t.c.

Social media influencers are creative. Every day, they invent new ways to keep their followers glued to their social media space which includes dropping quality contents. Such creative mind is usually transferred to boost a brand which of course keeps customers glued to the brand by patronizing.

The influence of these icons on social media affects the accurate measure of a brand’s or organization’s success. With their help, an unknown brand can become popular in the blink of an eye even though the brand is not reliable or just kick started. Such brand cannot accurately say that their improvement overtime, hard work or consistency brought them into the limelight.

With such benefits and yet drawbacks, brands and organizations should first research if a particular social media influencer shares the same vision and target audience before engaging, social media influencers should understand that they hold power over the brands and organizations they represent and should use such wisely and followers should trust their influencer (icon) with wisdom because some brands are not reliable. 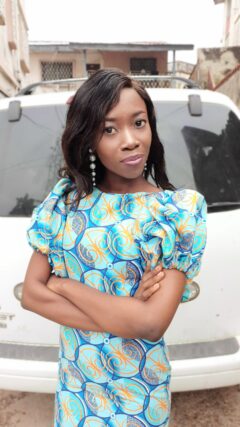