A certain video was posted sometime ago of a young man’s death. He had climbed up a tall building and was going to jump down from it. This scenario attracted many people who, unfortunately, could not do more about it than to pull out their mobile phones and make a video. As the man moved close to the edge, ready to take the leap, someone ran up the building to save him. It was all to no avail however, as the man jumped immediately. The action was met with screams of fear and hurt by the bystanders who watched him twist and turn mid-air for few seconds before he met his inevitable demise. On landing, it was obvious that his bones were broken. His body took a disturbing position and blood started pouring out of him. This feels very heartbreaking, but that is not the least of it. In fact, according to the World Health Organization, over 800,000 people commit suicide every year. In short, someone is jumping down, swallow poisoning or hanging him or herself (to name a few ways) every 40 seconds! This qualifies suicide as an important subject of discuss; one that should never be overlooked.

The word “suicide” is as plain as it sounds. It is derived from the Latin word “suicidium” which means “the act of taking one’s life deliberately”. The issue with taking one’s life is that it has no cure! There are a vast number of possible ways to commit suicide, most of which are extremely painful. The most common methods of suicide globally are ingestion of pesticide, hanging and firearms[i]. Even though suicide takes different forms and is for different reasons, the common end result of a successful attempt is death. Unsuccessful attempts can leave the individual physically damaged, sometimes beyond repair. Also, those who have previously attempted suicide are at a higher risk for future attempts[xii]. This therefore cancels out the effectiveness of arresting perpetrators. It seems so unbelievable and impossible to commit suicide, but most human beings experience troubles that can stir up suicidal thoughts.

The causes of suicide are on a spectrum of their own. Even though suicide is associated with mental disorders like depression, Post-Traumatic Stress Disorder (PTSD) and alcohol use disorders, many suicides happen impulsively in moments of crisis when there is inability to deal with life stresses. Such stressors include financial problems, relationship break-up or chronic pain and illness[ii]. Suicide tendencies and attempts vary at various ages and economic conditions in different places. Statistics show that 79% of global suicides occur in low- and middle-income countries and that suicide is the 3rd leading cause of death in youngsters in the 15-19 age bracket[iii]. The brain offers some clues about this impulsive prevalence in teenagers. Studies show that the part of the brain associated with emotional sensitivity, the limbic system, becomes fully developed at adolescence. However, the prefrontal cortex, which regulates emotions and decision-making only fully develops in the early- to middle-20s[iv]. This means that emotional instability, even to the point of suicide, is very likely during teenage years.

It seems fairly reasonable that every action, especially when it comes to a matter of life and death, needs a motive. The general reason for suicide is to escape a situation or set of problems that are presently affecting the person, to outrightly avoid future consequences of certain actions or to ultimately relieve having to make certain decisions. Hence, it is seen as an option when there isn’t any other option. Some lose hope of a better life and some believe they have nothing to live for. There have even been cases of people who committed suicide and made livestreams of the act on social media as a form of protest against the government or against policies, poverty or corruption. In fact, during the Samurai era in Japan, a form of suicide known as “seppuku” was respected as a means of making up for failure or as a form of protest[v]. Similarly, Sati a former Indian practice, involved an Indian widow killing herself on her husband’s funeral fire[vi]! Even though these practices are no longer used, it gives a perspective of the mindset of people when it comes to suicide.

The effects of suicide can be very subtle, but they are serious! In fact, for every suicide there are many more people who attempt suicide every year[vii]. This simply means, the more people commit suicide, the more people feel like they should also try it. Also, every suicide is a tragedy that affects families, communities and entire countries[viii]. It has long lasting effects on the people that are left behind. Imagine a man killing himself and leaving his wife and children! That alone is traumatic for everyone involved. Think about the guy who tried to save the man who committed suicide in the video I watched! It may also affects places that were locations of suicide, rendering such places “cursed” and “scarred” for life. The families of people who have killed themselves also face stigma, disdain and side-talks from inconsiderate people around them.

The good news is that suicide is very preventable! Moreover, the preventions are actually very simple. The issue is that fear prevents the victim of such thoughts from seeking help. Experts say that one of the best ways to prevent suicide is simply to talk about it! However, talking about suicide remains stigmatized in the society as large[ix]. As Dr Marshall Korenblum of the Department of Psychiatry, University of Toronto explained, “People still think that talking about suicide is a bad idea because somehow it will put suicide into their heads. That’s just not true. If you don’t talk about it, then the person involved is probably going to feel ashamed and trapped.” Equally important is the need for a support system that allows open conversations. The system can be friends, a church group, sports team or an online community[x].

What can we do as friends, family or concerned people in the society? The best way to help people in suicidal crisis is to listen to them[xi]! “Do not judge, comment or try to put your own input or your own opinion on how they feel about things. Just literally listen and every now and then, just give them some type of support so they know that you are listening!” Miana Bryant, founder of The Mental Elephant advised. We should also show them love and be ready to help them when they need us.

To anyone having suicidal thoughts, remember that contrary to how you feel right now, there are people that really care about you! Also, committing suicide does not help you. The title of this essay is a line from an insightful work of poetry by Dorothy Parker that summarizes this point:

Razors pain you; rivers are damp;

Acids stain you; and drugs cause cramp.

The risks and outcomes of suicide are not worth it when compared to its supposed benefits of peace and tranquility. Suicide has no solution, and it is not a solution. Besides, suicide does not make things easier, it simply cancels out the possibility of change. 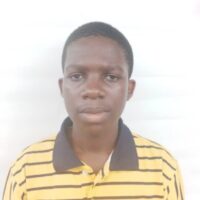 Nigerian lesbian attempted suicide on learning she will be deported from the UK.