“Passion is energy. Feel the power that comes from focusing on what excites you”. Those words of Oprah Winfrey have stuck with me for some time. I have always had the passion for interacting with people which gave birth to my dream of being a journalist, but that goal was hit a devastating blow when dad passed away, so I had to take a job at 20 to keep up with life and save up for tertiary education.

I had worked with some catering services on several occasions and had served at events, this had helped me to build albeit unknowingly, skills such as resilience, patience, food safety, active listening and effective communication. Serving at an average Nigerian wedding can be challenging with guests both invited and those who invited themselves wanting to get served first.

“Hey server, semo and ewedu here please. Uhmmm… No, just bring jollof rice and a little fried rice by its side”.

“You have passed me five times to serve the other table without giving me anything, not even a bottle of soft drink”.

“Na wa oo, these servers will think that someone came here to beg for food, ordinary serving that they are serving, they will now be feeling like a deity”.

“You just put semo  in front of me and no soup, do you want me to eat ordinary semo, in fact come and carry your food, I am not eating again”.

These were some of the barrage of complaints and insults I got at some events.

“Don’t worry, you would soon be served”. “I’m sorry, the guys in charge of drinks will soon serve you”. “”Be rest assured that your food is on its way”. All these I managed to say most times with a smile on my face. I loved the job.

I felt more excited when I got the job as a waiter at CMO Restaurant in mid January. It meant more pay which would make it easier to save up for my education. Every night when I come back from work, I would sit outside with my next door neighbour Chike, a lanky dude in his mid 20’s. We would talk about almost every topic ranging from football to politics, and of course he would always bring u on issues about women.

“You’re right man”, I replied while eating the corn and ube I had bought from Mama Nkechi the corn seller. I had always wondered why most corn sellers display their wares near gutters, who knows maybe it adds to the flavour too.

“And I don’t even know what to get for Jane tomorrow, I am a bit confused” he continued.

“Well, what did you get for her last year?” I asked

“A silver necklace” was his response.

“Did she get something for you too?” I quizzed.

At this point he started to laugh. I started to wonder if my question was funny.

“Well,  every year, she buys boxers and singlets for me. It’s as if I was an Atilogwu dancer in a cultural troupe” he said, still laughing.

I couldn’t help but roar with laughter at that statement.

“That means you should be expecting another parcel of singlets and boxers again tomorrow”. I teased.

“Wetin man go do nah? My problem now is what to get for her tomorrow. What do you suggest?” He asked.

“Well, I don’t know, maybe when you sleep at night, the thought of what to get for her might come” I replied.

“Mtcheeew. Thanks for not helping. Ehen, what about you?” He asked.

“Me? What about me?” I was puzzled by his question.

“Taah! Stop pretending. Don’t you have anybody who will be your val tomorrow?” He asked.

“Which kind val?” I replied.

It was already late and I had finished my corn and was thirsty.

“Abeg, I wan enter inside go drink water and sleep, tomorrow would be a busy day for me at work because of lovers of you” I said.

We both laughed, exchanged pleasantries and went into our different rooms.

Morning came rather quickly, it was a Saturday and the sky was clear and fine as I made my way to work. I could see the young boys in the street arranging the field of the primary school nearby for the planned ‘Valentine Bash’ to be held that evening. DJ Skendu who was scheduled to play that evening as written in the flyers and banners they had posted all around had already brought some speakers and it was beyond doubt that as usual no one would have a sound sleep that night as a result of the party.

I arrived work early that morning which was already a norm and quickly set in for the days activities, only a few customers came during the day but began trooping in towards the evening. Red and white was the colour of most guests while a few put on black or navy blue.

At about 6:45pm, a man came in with a lady, she was exqusite and elegantly dressed. Ejiro, my colleague then informed me that he had been at our restaurant and had drank a particular wine. So, when I went over to his table to get his orders, I politely asked if he would like the wine he had the day before.

At hearing that, the woman became visibly angry, they were actually on their first date and he had told her that he hadn’t been here in a really long time, but it was obvious that he had been here with another woman a few days ago. I was embarrassed about the situation even though her anger was directed to the man and not me. I however heaved a sigh of relief when the woman became  calm after much pleading from the man.

When the man asked her to make her order, she immediately ordered for a red wine that costs #50,000 for one bottle. I quickly concluded in my mind that “the man go hear am today”. I took their orders, served then and went to attend to others.

Ten minutes later, Eric came in. He should be in his early 30’s, he was athletic and handsome – a perfect gentleman and was one of our very best customers. His poise and charisma were out of this world, his eloquence was impeccable. He was putting on a blue lined suit jacket and a matching bow tie with brown shoes and a wrist watch.

With him was a gorgeous lady. She was putting on a red sequin dress with a V-neck and strappy shoes. A voluptuous woman with glowing dark skin, her feminine pulchritude was glaring. She was like the ‘Lady in Red’ in Chris De Burgh’s song of the same title. They both made their way to the VIP area and unto a table already arranged for them on his demand. As soon as they sat down, John Legend’s ‘All of Me’ began to play softly.

I quickly went to attend to them and took their orders. I returned first with the wine they had ordered and then went back to get the food they wanted. I came back with their food well covered and placed it gently on their table. At that, the man got up to tie his shoe lace and urged the woman to commence eating. When she opened the plate, she was awestruck. A ring was carefully placed on the plate with a note saying “Will You Marry Me?” by its side.

At that instance, Eric was already on one  knee beside her and repeated the words on the note to her. The smile on her face when she said ‘Yes’ was heavenly. He got up, put the ring in her finger and hugged her affectionately. Ed Sheeran’s ‘Perfect’ immediately began playing. It was a beautiful moment and I was glad to be a part of it.

As I laid on my bed that night without seeing Chike in order to ask him how his day went, my mind was just going through the happenings of that day. Well, to the first couple, I hope the best works out for them and to Eric and his lady, I hope they will enjoy a happy life together. 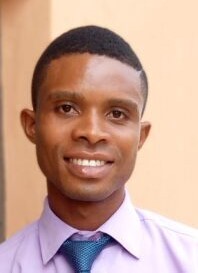