The clause ‘Never again’ from the aforementioned topic was derived from an online zoom conference titled “The second never again conference” hosted by Dele Momodu of Ovation Magazine and Mazi Ezeoke. The concept behind the conference was to cross examine the state of the nation in the pre and post civil war era with a view to proffer suggestions to prevent another internal war. The invited guests who participated in the online zoom conference had a consensus that Nigeria is sick and needs urgent treatment to prevent a second civil insurrection. A major concern that contributes to the Nigerian sickness is the herders and farmers crisis, which has become a lingering subject of national discuss. The conflict between farmers and herders took centre stage when herders started oppressing famers on their farmlands and the situation has since exacerbated into a nightmare.

There have been toxic reactions generated across board from the farmers and herders crisis. From time immemorial, Nigeria has witnessed increase in nomadic movement especially from the northern to southern part of the country. This is because, the southern part of Nigeria constitute more Greenland than the north. In order to get green vegetation at no cost to feed their cattle, the herders result to regular migration from one location to another. A herder is one who rears cattle and ensures they are in good condition. A regular herder possesses a stick, plastic or rubber bottle and a crafted bag as he watches over his cattle. Then, there were no cause for alarm as herders were not seen to be agents of trouble.

However, in present time, there has been a major twist in the activities of the herders. They lead their cattle into people’s farmlands and feed their cattle with the crops planted by farmers. The herders put up stiff resistance even to the point of assault when the farmers confront them in a bid to protect their farmlands. This led to the genesis of the herders and farmers crisis. Nowadays, we see herders move about not with the regular sticks they are known for but various weapons. Their argument is that they use those weapons to protect their cattle and themselves when confronted. This argument remains invalid because of its inconsistency with the constitution of Nigeria, which does not permit the possession of unlicensed weapon (Guns). Farmers no longer have total control of their farmlands because of the fear of attack by herders popularly referred to as “Killer herdsmen”.

Farmers across the country continue to witness undue molestation from herders. These herders move freely with different weapons, invade people’s farmlands, rape the women and still kill them on the spot. The activities of the so called “killer herdsmen” have heightened serious tension across the country. They are seen to be more criminal than normal as they constantly violate the fundamental human rights of other citizens. Consequently, Nigeria suffers a huge loss in food production due to the herders and farmers crisis. Also, the criminal activities orchestrated by the herders have raised the state of insecurity in the country to a level of critical. A large section of the country are now very uncomfortable having the herders around their communities as they are perceived to constitute nuisance and threat to peaceful coexistence.

It is melancholy to know that the government of the day has not taken any bold step to advert this crisis. Instead, they put on cold feet and the farmers are left to decide their fate. The herders and farmers crisis is not unassociated with ethnic and tribal sentiment, which makes it more dangerous. The situation could be seen as a joke by the authorities of State and if left unchecked, can possibly incite a second civil war. Therefore, the big question is asked; what can be done so that never again will Nigeria be pushed to a full blow insurrection as a result of the herders and farmers crisis?

The first step to take as a government and as a people is to never again keep silent when thing go wrong in our country especially when it is obviously beyond doubt. Another major solution to the herders and farmers crisis is adopting ranching system. The government should designate arable lands that can be purchased by cattle breeders to house their cattle. Cattle breeders can also lease private landed properties to setup a ranching system. There should be ban on underage grazing and the open grazing methodology nationwide. This is the twenty first century; no developed country or a country aiming for growth and development will allow the use of ancient nomadic system especially in an era where science and technology has evolved.

There will be no more disputes between herders and farmers if ranching system is adopted. Farmers will be able to focus and improve on farming operations to boost food and crop production. The government should dispose non partisan leadership on matters of national interest without ethic and religious sentiment. They should descend the powers of State mightily on criminal elements disguised as herders. This is to create a sense of belonging in the country and enforce the mandate of the constitution which is supreme above any individual or status. It sends a clear signal that, indeed, no one is above the law.

The government should make cautious effort in deescalating the lethargic ethnic and religious reactions associated with the herders and farmers crisis by proofing to be the government of all and not the government of a particular ethnic or religious group. Nigeria is our beloved country and we own it a duty of patriotic loyalty above ethnic and religious sentiment hence, Nigeria first. In line with the consensus of Bishop Mathew Hassan Kukah, the keynote speaker in the second never again conference held at a zoom meeting hosted by Dele Momodu of Ovation  Magazine and Mazi Ezeoke, we must never again keep silent over the wellbeing of our dear country Nigeria. 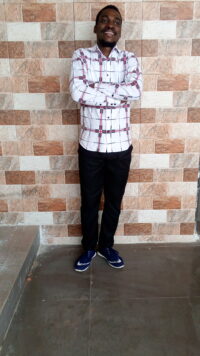 How the South-East should respond to Amotekun.