Home Essays What If? by Timilehin Igeleke.
Post Views: 24

My grandfather once told me that luck is when opportunity meets you at the right place and at the right time. It was right after I lost all my money and properties to my younger sister in the game of Monopoly. I wasn’t going to accept defeat and I remember telling her if she cared to listen that she won the game by luck.

Hardly will a week go by that my manager, Mr Tokunbo won’t receive a call or message, requesting for my services. I have played the Piano in several events for more than ten years. Many could say that I am a celebrity but I am a master of my craft and highly respected by lovers of music.

It wasn’t like this some years back. I was stuck alongside seven other students who were learning how to play the Piano. Our teacher, Mr. Johnson was one of the best Pianists in the city. He was good-looking, tall, smart, with a good dressing sense. He was also strict, demanding, always wanting us to give our best. His principle was All or Nothing. We had to tread with caution to prevent him from lashing out on us. He paid attention to every detail, each key, each error and would talk extensively on it. To please him, we had to practice a lot in his absence.

Mr Johnson usually gets invitations to play the Piano, with most of them coming from churches and studios in Ibadan. We always accompanied him to each place where he performed. We would watch him spread his fingers over the keys on the Piano, switching between the white and black keys. I was in awe of how he played the Piano without looking at the keys.

For the first time, Mr Johnson announced to us during our practice section that he would be playing the Piano in Lagos. We had always attended his shows in Ibadan but Lagos was different entirely. The distance was a cause for concern. Phillip said his parents won’t let him travel. Ngozi said she wanted to visit the eye doctor. Adebayo wanted to attend his aunt’s wedding and Seun was preparing for her GCE exams. That left John, Tayo and I with Mr Johnson. Mr Johnson had a mini-bus which he used to convey us to events.

On this fateful day, we were dressed uniformly in white long sleeve shirt worn under an armless jacket and black trouser. Mr Johnson wanted us to look formal for the occasion.

The wedding took place at St. Andrews Church. There were lots of happy faces all around as the hymns were sung, one after the other.

“Lord, give us Christian Homes,

It was a familiar tune, a popular one usually sung in weddings. I watched with delight as Mr Johnson played the tune on the Piano. All eyes were on the bride who was walking down the aisle accompanied by an elderly man, probably her father.

Fatigued from playing too many tunes, Mr Johnson decided to rest his legs in his car. He entrusted me to play the Piano for the rest of the service. I had practised the Piano many times but I had never performed live due to reasons best known to Mr Johnson. As I pressed the first key, it seemed my fingers added more weight. It became lighter, easier as I continued. I made slight errors but I couldn’t care less. I was playing the Piano to the best of my ability.

The service had ended but I couldn’t stop playing some tunes that I thought would be pleasing to the ears. I looked up to see a man of middle age clapping, leaving a brief pause between each clap.

“Oh, Michael, Nice to meet you”. I felt he slipped a piece in my hand as he shook my hand.

“I have been paying attention to you since the wedding started and I must admit, you play really well”.

“Uh, thank you very much sir”, I replied, with several thoughts running over my mind. Mr Johnson had played the Piano for most part of the wedding. A part of me wanted to say he made a mistake but I decided to hear what he had to say.

“That is my business card. Give me a call”.

He gave me a sum of three thousand Naira before he left. It wasn’t long after that Mr Johnson arrived to inform me that we were going back to Ibadan. We joined Tayo and John, who were already seated in the bus.

None of them knew what happened in the church. I kept the whole thing a secret from them.

While they were talking about the wedding, I could only think about Mr. Tokunbo and his business card. In no time, we arrived at Ibadan and parted our different ways. I wasn’t expecting much but I was curious to hear what the call might bring.

I picked the card and began to dial the number. It kept on ringing with no one to answer. I must have read it somewhere that courtesy demands that you ring a person not more than twice. I stopped calling after the second time. Few minutes later, I got a call from the same number.

I recognized the voice immediately. It was Mr. Tokunbo.

“Good evening sir. This is Michael, the Pianist from St. Andrews Church”.

That was the first of many calls that made the famous Pianist that I am today. He connected me with famous artistes, music labels that helped me rise to the top. While I do the playing, Mr Tokunbo secures both international and local deals till date.

Whenever my mind flashes back to that wedding, I ask myself “What if Mr Johnson never left the church”? What if?

Timilehin Igeleke is a lover of Literature. He loves writing and reading literary works. His favourite genre is Fiction. He can be reached via igeleketimi@gmail.com 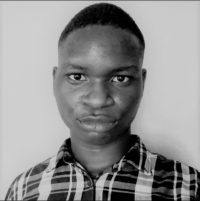