ABSTRACT: “Whatsoever therefore is consequent to a time of Warre, where any man is Enemy to every man; the same is consequent to the time, wherein man love without other security, than what their own strength, and their own invention shall furnish them with all. In such condition, there is no place for industry; because the fruit thereof is uncertain; and consequently no culture of the Earth; no Navigation, nor use of the commodities that may be imported by sea, no commodious building, no instruments of moving and removing such things as require much force; no Knowledge of the face of the Earth; no account of Time; no Arts; no Letters; no Society and which is worst of all, continuall feare and danger of violent death, And the life of man, solitary, poore, nasty, brutish and short – Thomas Hobbes poem, Leviathan, 1651.[1]

“Solitary, poor, nasty, brutish and short” is a phrase capturing the life of human beings when in a state of war. The state of war here can be likened to a state of ignorance, where illiteracy is the supreme lord and ruler of men. It can be palpably seen in the aforementioned quote that the state of war is characterized by wickedness, selfishness, stagnation, backwardness, anarchy, unrest, darkness, lack of innovation, dearth of knowledge, lack of vision, fear, violence, death, loneliness, poverty, and destruction.

Human beings constantly strives to overcome this greatest evil through the tools of information, socialization reformation and revolution using the seven pillars of the society namely; Family, Education, Government, Church, Economy, Health and Media. However, more has to be done to mitigate the negative impacts of Illiteracy.

It is worthy of note that the battle launched by Illiteracy against humanity is an endless one. There are records of successes and failures in respective countries depending on the functionality of the seven pillars of each nation. Notably among these seven pillars is Education whose indispensable role can be seen in the following quotes:

“The one continuing purpose of education, since ancient times, has been to bring people to as full a realization as possible of what it is to be a human being. Other statements of educational purpose have also been widely accepted: to develop the intellect, to serve social needs, to contribute to the economy, to create an effective work force, to prepare students for a job or career, to promote a particular social or political system. These purposes offered are undesirably limited in scope, and in some instances they conflict with the broad purpose I have indicated; they imply a distorted human existence. The broader humanistic purpose includes all of them, and goes beyond them, for it seeks to encompass all the dimensions of human experience.” —Arthur W. Foshay, “The Curriculum Matrix: Transcendence and Mathematics,” Journal of Curriculum and Supervision, 1991

“[The purpose of education] has changed from that of producing a literate society to that of producing a learning society.” —Margaret Ammons, Associate Secretary of ASCD, “Purpose and Program: How Does Commitment Today Differ from That in Other Periods,” Educational Leadership, October 1964[2]

From the foregoing quotes, it can be conspicuously seen that Literacy, a product of Education goes beyond the basic meaning of the ability to read and write but rather the ability needed to function effectively in a society. According to the UNESCO, “Literacy involves a continuum of learning in enabling individuals to achieve their goals to develop their knowledge and potential and to participate fully in their community and wider society”.[3]

Literacy is the foundation on which the super structure of Human Civilisation is built on. Literacy enhances the capabilities, abilities of people by providing them with requisite skills set for them to be better persons and blessings to the nation and the world at large. On the other hand, Illiteracy breeds hundreds of enemies such as epidemics, hunger, disorder, humiliation and many others. Thus, Illiteracy is a curse to humanity and development.

The majority of the world’s countries are now democracies, however the world has not fully tackled the greatest villain of the world, Illiteracy which has grown to its full blown capacity most especially in underdeveloped and developing countries. Illiteracy is a contagious disease, disabling individuals, economies and the world at large. Little wonder, one-third population of the world is known as Illiterate.

In under developed and developing countries of the world, large section of the child population is denied from the opportunity of basic education and continues to enlarge the rank of illiterates. Hence, the growing increase in the number of illiterates with as resultant effects of Discrimination, Immigration Stresses, Over population, Anti-social behavior, Poverty, Drug abuse, Malnutrition, Prostitution, Racial discrimination, Alcohol abuse, Corruption, Unemployment, Sexual abuse, Rape, Early pregnancy, Violence and High crime rate, among several others.

Recognising the growing influence of Illiteracy as evident in the myriad of social problems bedeviling the country, there is a need to be individually and collectively armed with Literacy characterized with Liberation, Light, Civilisation, Sanity, Love, Patriotism and a sense of responsibility. Considering the ripple and destructive effects of the oldest warlord, Illiteracy, It is high time we keep taking the elixir, Literacy. Until the good news about Literacy is shared abroad and optimally utilized by all, men and the society will perpetually be subjected under the oldest warlord, Illiteracy.

Thus, this is a clarion call for all pillars of the society to be alive to their responsibilities of reforming, socializing, teaching, training and building its citizens to function optimally and effectively in the society. It is high time we put an end to this once and for all. To that end, it is recommended that the educational system and other pillars of the society should wake up from their slumbers.

Adult and parental literacy programs need to be established. School attendance and retention strategies requires improvement. Resources, training, and technology for literacy efforts needs securing. National governments’ commitment to literacy initiatives demands strengthening, Family and Media has to be functional in the role of socialization. Resources need to be evenly distributed. Lastly, the lives of citizens have to be well preserved medically. For only when all the above are in place can we be assured of a socially stable and civilized society.

[1] The Phrase Finder, ‘The meaning and origin of the expression, ‘Nasty, Brutish and Short”. Retrieved on April 28,2021, <https://www.phrases.org.uk/meanings/nasty-brutish-and-short.html> 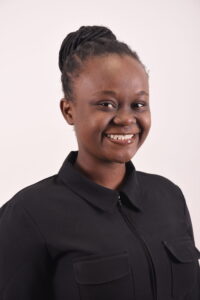