Doctor Cain: Good morning, everyone. You may wonder why I have made the four of you see me at the same time. Mark, Okon, Dung, and Samson, I have watched you all for the past few weeks, since my first appointment with each of you, and I am impressed with the way you have improved. In my several years of practice as a psychotherapist, I have learned that swapping stories among my patients helps to improve their mental health a lot. I have brought the four of you together so you can all tell your stories. I believe it’s a step towards healing.

Samson: Good morning, all. This sounds like a great idea. I would love to share my story with you all. What led to my breakdown emotionally, mentally, and physically.

Dung: Okay, I will go second, right after you.

Okon: My story is long and painful. I still don’t think I am strong enough to share it, but I will try.

Doctor Cain: It’s okay. Don’t worry if you don’t feel like sharing. Just listen to others as they share theirs. Okay guys, let’s go!

Samson: I have never imagined—not in my wildest imagination—I would ever need to see a therapist.

Mark: I guess it’s the same for everyone here.

Samson: True. Okay, guys, this is my story: I met her while we were in 300-level, in the University. It was not love at first sight. I love my woman, tall and quiet, but Grace was the complete opposite. Apart from the fact that she was petite, she was always chattering with her friends, which I found irritating.
We had left the lecture hall one fateful day, and I was walking behind her. She was walking with a female friend and she was on my left. The school had three one-story buildings; each had a long corridor with twelve classes on the top and ground floors. There was a staircase on each side of the building and a banister in front of the classes, both upstairs and downstairs. We had the lecture in one of the classes upstairs and we were walking to take the staircase at the far end of the long corridor. Then a guy came from nowhere, with a speed of light, grabbed her, and landed a slap on her right cheek, before I could bat an eyelid. Impulsively, I grabbed him and landed a stinging slap on his face, too, without asking the reason for his action. Other students waded in and prevented the altercation before it escalated.

Mark: You can say that again.

Samson: Well, I quickly left the scene as soon as I could, because I didn’t want to stain my reputation. She met me the next day after our first lecture and thanked me. That was how it started. I realised for the first time that there was more about Grace I didn’t quite bring myself to learn earlier.
She was gorgeous.
We got married a year after our National Youth Service Corps (NYSC). With the little we saved from the stipends we received during NYSC, we could start a life together, as husband and wife. We didn’t want to start a family immediately. Our reason was that we wanted to bond well and be financially stable before bringing children into the scene.

Dung: That was strange. Are you sure you are a Nigerian? Because we all know how family and friends pressurise couples about having babies immediately after their wedding.

Samson: Of course, there were talks here and there about how my wife didn’t have a womb or how God was paying her back for the many abortions she did while in school. We shut our ears to all the negative vibes around us and concentrated on making ourselves happy.
Grace and I had almost nothing when we started our marital journey, but she stood by me. We worked hard together. Our hustles paid off, and God blessed us financially. We were into livestock farming: pigs, goats, rabbits, and fish. We also had a vegetable farm. When we thought we were ready for a baby, fate had other plans for us. Three years after our wedding, we started trying for a baby and that was when it dawned on us that, for the past three years, though we weren’t trying for a baby, we didn’t prevent it either, and so, we should have conceived if all was well.
We kept jumping from one hospital to the other. We kept hoping it will happen next month or next, or next until we realised it was our 7th wedding anniversary. We then agreed to adopt a baby. We had arranged to adopt when Grace started falling ill incessantly. After a series of tests, the doctor confirmed the best news of our lives — the news that would change the course of our lives forever.

It was the happiest day of our lives. We started making plans to welcome the new addition to the house. Indeed, life was good. Our business was booming and we would soon be parents.
One day, when grace was 8 months gone, we were sleeping, when in the middle of the night, the sounds of gunshots abbreviated our sleep. We thought they were sounds that would soon pass, but we were wrong. The sounds kept getting closer and were increasing. Shouts and chaos followed. We quickly went out to see things for ourselves. Some friend in the community called to inform us that our peace-loving community was under attack by unknown gunmen. I tried to call family and friends, those my muddled mind could remember, but no one picked.
They wouldn’t have been able to help us, even if I had gotten through to them, because the gunshots I heard could only come from sophisticated guns.

Mark: That’s terrible. I don’t want to imagine what I would do in such circumstances.

Samson: There was pandemonium. Everyone was running helter-skelter, running without a clear direction in mind. Our house was enormous, sitting on three plots of land. It had a gate, a two-bedroom self-contained with four single-rooms boys’ quarters behind it. Right behind the boys’ quarters was a copse of trees. The livestock farm was on the right side of the main house. While a carport, which housed our two cars, was on the left side. The vegetable farm was behind the boys’ quarters, before the copse of trees. The entire compound was enclosed in a fence.
I quickly led my heavily pregnant wife to the trees behind the vegetable farm so we could hide. The three staff working for me on the farm and living in the boys’ quarters had scaled the fence and ran for their dear lives. I would have done the same, too, but my wife wouldn’t have been able to jump and I couldn’t leave her behind. Grace and I crouched in the trees while I held her in my arms. In no time we heard the chaos in our compound and knew the gunmen were destroying all we had ever laboured for. We could see that the main house and boys’ quarters were in flame. From where we hid, we could hear the sounds of our livestock being killed. The gunmen left as soon as they came. It felt like it didn’t really happen. As if I imagined it all.
I would have concluded that I had actually imagined it if my wife had not groaned in my arms. The shock of all that happened had forced her to be in premature labour. We were alone in the trees, illuminated by the fire gutting our property. Taking her to the hospital at that point was both suicide and murder and there was no one to help me. Our house was burning; everything around that could burn was in flames —even our cars. Each groan pierced my heart like a sharp knife. I felt something slimy and warm in my palm. I lifted my hand to check, and saw the red liquid, and knew my wife was bleeding. I kept begging Grace to stay with me. I watched as my wife writhed and groaned in pain. I knew she was in excruciating pain and life was ebbing from her, but I was helpless. I kept praying and making a lot of promises to God to spare her. I told God I didn’t need the child again. He should spare my wife. How was I supposed to survive without her? At least, we had lost everything we had ever worked for. Having my wife with me was an assurance that we could rise again.
Grace passed slowly. I watched as she turned cold in my arms. A part of me died with her. The grief was unlike any emotion I had ever experienced in my life. It was suffocating. It almost snuffed life out of me.
I wish it did.
I didn’t know how long I held on to the Grace or how long I had passed out. The people who had come to gather the corpses of people killed, and to count what our community had lost found Grace and I the next day. They thought I was a dead, too. But later realised I was still breathing.
Forty people were killed in our community that night. Forty lives crushed for no crime of theirs. An entire family was wiped out from the face of the earth. It was a night to remember. My Grace, along with our unborn child, was buried along with others in a mass burial. It was a heart-wrenching funeral.

Doctor Cain: Wow! I can see tears in everyone’s eyes. Let’s break for tea. Others will continue when we return. 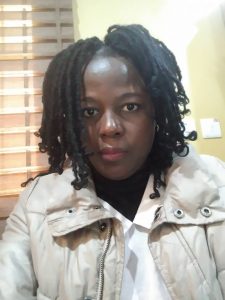 Roselyn Sho-Olajide works with an Audit Firm in Jos, Plateau State. She loves reading and writing and can be reached via quest4yln@gmail.com

A Ghetto Nativity by Ebube Ezeadum