Home FEATURES On This Day On This Day: The Annulment of King Henry VIII’s Marriage
Post Views: 25

On this day: in history (1533), the marriage of England’s King Henry VIII to Catherine of Aragon was declared null and void.

Henry, at the time a Roman Catholic, sought the Pope’s approval for an annulment on the grounds that Catherine had first been his brother’s wife. He used a passage from the Old Testament (Leviticus Chapter 20 Verse 21): “If a man shall take his brother’s wife, it is an impurity; he hath uncovered his brother’s nakedness; they shall be childless.” Despite the pope’s refusal to annul the marriage Henry separated from Catherine in 1531 and ordered the highest church official in England, Thomas Cranmer, Archbishop of Canterbury, to null his marriage. The annulment of Henry’s marriage was one of the causes of the separation of the English Church from union with the Holy See. 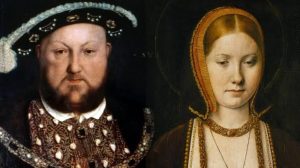 One reason often cited as a motive behind the annulment was Henry’s need for an heir to the throne. When they were married, Catherine was about 23, and Henry was about 18. Eighteen years of marriage later, Catherine was well into her forties, and it became evident she was past childbearing age.

Over the years, Catherine had actually given birth to six of Henry’s children, three of whom were boys, over a 15-year period; however, only one of the six, their daughter Mary (later Mary I), born in 1516, was able to survive. Catherine had many stillborn children, and the first of their three sons, Prince Henry (born 1511), died soon after he was born. 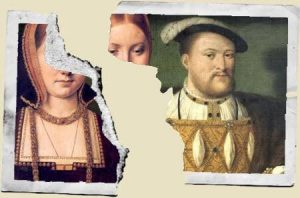 Having only a daughter wasn’t good enough for Henry, who thought that only a male could succeed him,females could only inherit the throne if they had no brothers (and this remained true until the passing of the succession act in 2013, allowing female royal babies to inherit the throne even if they had a younger brother).