Home FEATURES On This Day On This Day: The Day Abiola Declared Himself President
Post Views: 18

On this day: in history (1994),  Chief Moshood Kashimawo Olawale Abiola, also known as MKO Abiola GCF declared himself president and Commander-in-chief of the Armed Forces of Nigeria at Epetedo, Lagos. 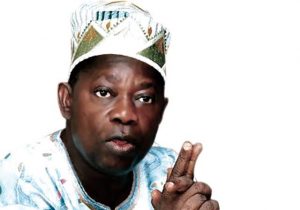 Frustrated by almost a full year of futile attempts to reclaim his mandate that was invalidated by military ruler Ibrahim Babangida, Abiola proclaimed himself the “President and Commander-in-Chief” of the Federal republic of Nigeria and proclaimed “a new Government of National Unity”.

He also “reconvened” the National Assembly, “reinstated” all dismissed governors, and “reconstituted” the state assemblies and local government councils.

After the speech, Sani Abacha, the military head of state, declared him wanted for treason and ordered his arrest. He was incarcerated for four years and died on July 7, 1998, the day he was to be freed.

“Nigerians on the march again…

On the march again!

The refrain above characterized the HOPE 1993 campaign of the Late Chief MKO Abiola. It was a popular chant among Nigerians both young and old, rich and poor, city dwellers and those in the remotest of places.