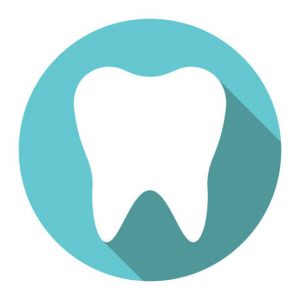 In the actual world, dentists are often dismissed as “not real doctors,” their medical significance belittled. They are regarded merely as mechanics for the mouth— teeth, specifically. There is, perhaps, no seeming prestige to the discipline, as is accorded their Medical Doctor counterparts. And so many people think the years spent in training to become an “ordinary teeth mechanic” is at best outrageous.

Recently, owing to the strike action by the Academic Staff Union of Universities, a church member had inquired how many years I still had left in school. And when I responded, I watched his face melt into pity. He asked: So you still have all these years left before graduating and you are not even studying real Medicine? I did not pretend to not understand what he meant by “real Medicine.” He would not be the first person to pose such a question, or make an attempt at faux-pity, hiding behind it his intention to ridicule. It would, also, not be a stretch, but a great percentage of dental students have been at the receiving end of such questions or comments similar to it.

The plain truth is that this perception—of dentistry as a lesser, non-tasking science— has little to do with the reputation of the profession and more to do with the shallow mentality of the public. It is an absurd thought pattern, no doubt, but the average Nigerian divorces oral health from overall well-being. Nigerians do not think it is important to make dental appointments or adhere to obviously simplistic oral guidelines. As long as it doesn’t result in a desperate, operable situation, most Nigerians think it is of little consequence to visit a dentist. Because, to them, the dentist’s opinion does not count as much as that of a general physician. Why then should they think so highly of the profession?

However, even in instances when people make dental appointments, the procedures are often of an extreme cost. And that is quite understandable, to the practitioners, but not so to their patients (who possess no comprehension of dentalese). A salary-earning Nigerian, for instance, does not understand why the cost of fixing a veneer should run into five-figures. Or why braces should cost an arm and a leg. This translates, that only those of an affluent status deserve quality healthcare. But this is an issue that pervades not just the dental profession, but equally the entire medical practice. Many Nigerians tend to shy away from visiting hospitals, seeking medical attention, and prefer, rather, to die in silence.

Is this why there is a limited awareness of the scope of the dental profession? Indirectly, yes. It all goes back to the shallow thinking pattern. In the general Nigerian parlance: “no be just teeth?” And “why should it cost that much?” So they extricate themselves from whatever circumstance that will have them spread at the mercy of the dentist. This creates a burgeoning room for distrust of the profession. 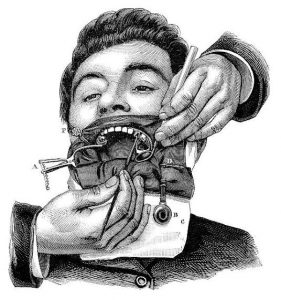 Primarily, this harmful narrative of dentists as nothing more than “teeth mechanics” have led to people harboring the opinion that dental practitioners are a collective of nontransparent individuals. But this fear, if isolated, could be found valid, given the history of overtreatment and “creative diagnosis” existing in the field. Unlike in the typical medical practice where young doctors graduate from medical college, work as house officers with stricter oversight, the dental field has albeit a lackadaisical approach. In the sense that one could leave medical college with a degree, serve under supervision for a period of five or lesser years, and then can easily decide to open a private dental practice, with much less oversight. What this means is that there is no fixed guideline to the method of procedures that a private practice can offer, or the cost of such procedures, or an assured assessment on the skill of the practitioner. There is a certificate, a license, yes, but what about the skillset? There are gaps in knowledge, in training, that a mere certificate cannot account for. So when these practitioners, lacking in sufficient knowledge, prioritizing procedure over prevention, and charging patients more than is necessary, err, it begins a smear campaign on the entire profession. It causes an effect that further obscures the nascent profession finding its way to the Nigerian scene.

A measure to easily fix this issue before it becomes endemic, is the strengthening of the professional body governing dentists around Nigeria. There should be a certain amount of passion in striving to regain the trust of the public, to rewrite the narrative that dentists are charlatans seeking only to fill their pockets. There should be strong measures upheld, like assessments, before a dentist is allowed to set up private practice. The only way for an artist, for example, to hold the attention of the general public, is when the work they present is in its finished form and of a stunning nature. We cannot present a half-baked picture and expect to be taken seriously. The governing body must, first of all, redefine its position in the steady growth of the profession.

Inadequate funding is also one of the top reasons why the scope of the dental field is much still obscured. Because dentistry is alienated from general medicine, it doesn’t receive enough funding from the government. I dare to claim that this is as a result of how so little Nigerians, even those in positions of power, value oral health. If we are to take account of institutions of higher learning currently offering dentistry and dental surgery, the number would probably not be up to twenty. Based on the 2021 statistics, there are about a hundred and seventy(170) universities in Nigeria, including private, federal and state. And of these universities offering the course, several are still in severe lack of equipment for learning. True, Nigerian Universities are grossly underfunded. But when the system is neglected entirely, the fate of disciplines as ours is left dangling on a balance. Faculties, like the University of Nigeria’s, in a really laudable effort, have resorted to appealing to the good conscience of Nigerian parents, private corporations and the general public to donate and help preserve the integrity of the discipline. This is supposed to be an unheard of situation, but we find ourselves in it by virtue of being in an unworkable nation. It is as a result of insufficient funding that universities have to reduce their quota for admission into— and graduation from— the discipline. In turn, there are not enough dentists in the country to provide services to the ever-growing population. When there is enough funding, it will create room for expansion, for creating more opportunities for young Nigerians aspiring to join the noble profession.

The logical question at this point would be how to attract private fundings and investments.

I will employ an economic analogy here: Oftentimes, people go to the market without actually knowing what they want. But then they find something that piques their interest, and they stop to purchase, regardless of the price of that commodity. They do not stress to haggle because they’re certain the durability of that product will be worth more than the money spent.

Point is, investors and funds are attracted where there is a visible, available commodity. In this instance, commodity refers to, first of all, organized public lectures aimed at bridging the gap between what a dentist knows and what their patients know. The scope of dentistry is not known because people don’t know what that scope is, they are not privy to such information. And this is because oftentimes, we think such knowledge is irrelevant to the public. Dentists will always be recognized as mere “tooth mechanics” because people do not know any other aspect to the profession, except teeth. And people will always be in wide-eyed confusion, almost-pity, when we tell them we spend six years and more learning just how to “clean teeth.” It is disrespectful. But an attempt at educating and correcting the ill-fitting narrative is a good start.

Once this mentality has been ridden, it becomes easier to relate with people, becomes smooth to guide them on the benefits of oral hygiene and periodic dental check-up. Only then can people be willing to heft funds into the idea of propagating the field.

Another important way to boost visibility is through the elevation of evidence-based dentistry. In a 2019 article published in The Atlantic, Derek Richards, the director of the Center for Evidence-Based Dentistry at the University of Dundee, in Scotland, said, “The body of evidence for dentistry is disappointing. Dentists tend to want to treat or intervene. They are more akin to surgeons than they are to physicians. We suffer a little from that. Everybody keeps fiddling with stuff, trying out the newest thing, but they don’t test them properly in a good-quality trial.” There is very little research into the scope of many dental procedures. In places where there are any, it is either insubstantial or inconclusive.

Extensive research helps in the growth of a field. When there is a lack of it, there won’t be a progressive shift in the position of that field over the years. Medicine has continued to evolve and expand because it finds inventive ways to analyze and treat illnesses, through research. If dentistry has access to such research prospects, no doubt, an elevation is sure.

In conclusion, the field of dentistry is still in its nascent phase, despite having been in existence for a long while. And there is much work to be done that requires our collective efforts as students of the discipline and future practitioners. The least we can offer is to be passionate about dentistry. With more passionate, goal-oriented minds, working together, implementing, striving, there can be an effective positive turnaround in the discipline, which will eliminate the circumstances keeping the field in obscurity.

This Irish woman is the world’s best mum!