Home FEATURES On This Day On This Day: The Birthday of Professional Boxer Michael Tyson
Post Views: 9

On this day: in history (1966), Michael Gerard Tyson was born. He is an American former professional boxer. He reigned as the undisputed world heavyweight champion from 1987 to 1990 and was the first heavyweight boxer to simultaneously hold the WBA, WBC, and IBFtitles, as well as the only heavyweight to successively unify them. Claiming his first belt at 20 years, four months, and 22 days old, Tyson holds the record as the youngest boxer to win a heavyweight title. 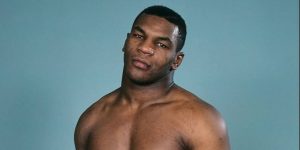 Tyson won his first 19 professional fights by knockout, 12 of them in the first round. He won the WBC title in 1986 after stopping Trevor Berbick in the second round, and added the WBA and IBF titles after defeating James Smith and Tony Tucker in 1987. The following year, Tyson became the lineal champion when he knocked out Michael Spinks in 91 seconds of the first round. He successfully defended his titles nine times, which included victories over Larry Holmes and Frank Bruno. In 1990, Tyson lost the titles to Buster Douglas, who knocked him out in the tenth round. Attempting to regain the titles, Tyson defeated Donovan Ruddock twice in 1991, but pulled out of a fight with then-undisputed heavyweight champion Evander Holyfield (who had defeated Douglas later in 1990) due to a rib injury. 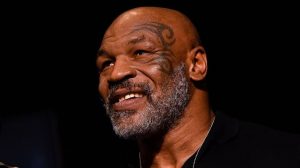 In 1995, Tyson engaged in a series of comeback fights. He won the WBC and WBA titles in 1996, after stopping Frank Bruno and Bruce Seldon. With his defeat of Bruno, Tyson joined Floyd Patterson, Muhammad Ali, Tim Witherspoon, Evander Holyfield, and George Foreman as the only men in boxing history to have regained a heavyweight championship after having lost it.

On May 12, 2020, Tyson posted a video on his Instagram of him training again. At the end of the video, Tyson hinted at a return to boxing by saying, “I’m back”.