In Mesembe’s house, Saturdays were for cooking Afang soup. Both of his wives would go to the market, early—each with the goal of getting there before the other—just to buy the best ingredients: the freshest water leaf, the finest meat, and most importantly, the richest-looking Afang.

They would rush home, in this unspoken race of ‘first to finish’, and each woman would get right to it. Eberechi, the first wife, had her 13 year-old daughter to help her. Idara, the younger wife—whose only child, a girl, was still learning how to walk—made her own meals herself. If the crowing of roosters and the bleating of goats did not wake anyone on a Saturday morning, the clanging of pots and the sounds of heavy pounding coming from Mesembe’s backyard were certain to do the job.

Mesembe was the kind of man everyone in the village called a big man. He had inherited his father’s cocoa farm and made a lot of money from it. Mesembe was a rich man, so, it made perfect sense to the villagers that he had two wives. In fact, some argued, he could marry more if he wanted to. Even if it meant more loud pots and more heavy pounding on Saturday mornings.

Mesembe considered it, though. Marrying another wife. His wives were both aware and weary of this possibility, because they knew that despite their best efforts–preparing the most immaculate meals for their husband; being two of the most beautiful women in the village; and even living peaceably with each other—they didn’t have what Mesembe badly wanted—a son.

Eberechi had three daughters, and Idara, just the one. And they all knew, that their husband wasn’t getting any younger, and that he needed a male heir.

Before his mother passed away, she harangued him about marrying Eberechi, a woman from another tribe. The old woman blamed her lack of a grandson on that marital anomaly.

“Your father did not need to marry many wives,” she had said. “Because I bore him a son. Just one good boy and it was enough. You, on the other hand may need to marry another woman. One of us. Not like this one who has come to corrupt our lineage and leave you without an heir, and me, without a grandson.”

“Mama, I know ehn…I know. It’s just a matter of time,” Mesembe would struggle to reply.

But she didn’t have time. In fact, it was her death that made Mesembe finally decide to marry a second wife. And he chose Idara. A woman who his mother would’ve called One of us.

Idara understood that being Mesembe’s second wife meant that giving him a son was of utmost importance. Eberechi knew this too. And despite the traditional animosity that came with being co-wives, she somehow wished that Idara would get lucky. Her own time had gone, she couldn’t bear children anymore. And even though, Mesembe would love her less if her co-wife had a male child, being the first of two wives was better than being the first wife out of three, four or five wives.

When Idara gave birth to her first child and it turned out to be a girl, there was a silent gasp in the air. In his head, Mesembe had already begun calculating the costs of a third, fourth or fifth wedding…or maybe a way to do all of them together; get all the women pregnant, and wait to see which of them becomes the first to deliver a son.

But Idara was a resilient woman, determined to get it right the second time—no matter the cost. She sought a native doctor who told her what to do.

“Bring a bottle of palm oil for my blessing,” he said. “Use it whenever you cook for your husband or for yourself—your co-wife should never taste these meals. Do this while you try to get pregnant, and frequently, within your 9 months of pregnancy. You will give birth to a son. The only condition: when the boy is born, he must not spend more than two hours under the sun or stand too close to fire.”

Idara did all that the native doctor said, and in 9 months, she gave birth to a son. Mesembe named him Etimbuk.

As Etimbuk grew, Idara did everything to shield him from the sun. She wore the boy hats, gave him umbrellas, and taught him to look for some shade after every hour. She went everywhere with him. When his father took him to the cocoa farm, she followed. When he started school, she hid beside the bushes and watched him from afar.

One Saturday, Idara didn’t wake up early to go to the market. She was tired from all the following and hiding and watching of the previous Friday. Eberechi, on the other hand, sent her eldest daughter, Ume, to the market. Little Etimbuk begged Ume to take him with her. She didn’t see the harm in it and carried him along.

They returned after three hours. Mesembe had gone to his cocoa farm. Idara was still sleeping. Her daughter and all the girls were with Eberechi, helping her cook. Etimbuk joined them.

“Big mama, I want to learn how to cook,” he said, with glee in his voice.

“Don’t worry, you will pour the palm oil for me,” Eberechi laughed and gave him a bottle of oil.

As he poured the oil, she noticed something strange.

“ET, how did so much palm oil get on your hand like that?” But when she got closer, she shrieked.

The girls turned to look, and screamed in horror.

Immediately, Idara heard the cries. She jumped from her sleep and hurried to the backyard. She screamed too when she saw her son—his innocent face melting away. His hands were gone, already mixed with the little oil he had poured into the pot. He tried to speak but could not.

The oil in the pot sizzled loudly, waiting impatiently for the rest of the ingredients. 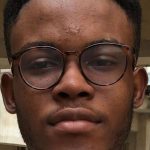 Collins Undelikwo started writing stories when he was just a kid. However, he took a long break after going through a series of unfortunate events called adulthood. This year, he decided to make a comeback, realizing that he knows more words than he did back then. He lives in Calabar and tweets @c_undelikwo.

A Letter From the Grave by Olutayo Inioluwa

The Disavowal of Shadow by Emmanuel Enaku