Home FEATURES On This Day On This Day: The Assassination of South African Anti-apartheid Author, Heloise Ruth...
Post Views: 9 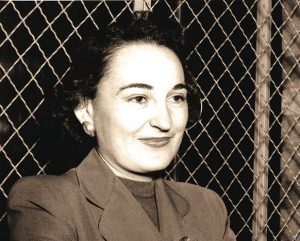 On this day: in history (1982), Heloise Ruth First was brutally killed by a letter bomb in Mozambique, sent by South African government agents.

First was born in 1925 and was a South African anti-apartheid activist and scholar. She was part of the Congress of the People, which drafted the Freedom Charter in 1955, and she later channelled her energy into writing anti-apartheid investigative political reports in her pamphlets and books. Her skills as a journalist helped her efforts to build anti-apartheid structures and support systems.

In 1963, during government crackdown, First was imprisoned and held in isolation without charge for 117 days under the Ninety-Day Detention Law. She was the first white woman to be detained under this law. She left South Africa for the second time with her husband, Joe Slovo, during the height of anti-apartheid campaigns. At the time of her death, First was a lecturer at the Eduardo Mondlane University. Her funeral in Maputo was attended by presidents, members of parliament and envoys from 34 countries.

The Truth and Reconciliation Commission (TRC) granted amnesty to Craig Williamson and Roger Raven, two men responsible for the death of Ruth First.