Home FEATURES On This Day On This Day: The Exoneration of Michael Morton
Post Views: 15 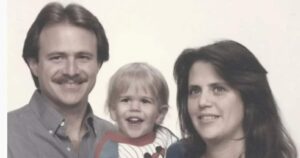 On this day: in history (2011), Michael Morton, who spent 25 years in prison for his wife’s murder, was released after DNA evidence implicated another man in the crime.

In 1986, Christine Morton was found beaten to death in her bed in Texas. Six weeks later, Morton, who had no criminal record or history of violence, was arrested for Christine’s murder. At trial, the prosecution contended Morton had slain his wife of seven years after she refused to have sex with him on the night of August 12. Morton maintained he had nothing to do with his wife’s death and said an intruder must have killed her after he left for work early on the morning of August 13. No witnesses or physical evidence linked Morton to the crime; nevertheless, he was convicted on February 17, 1987, and sentenced to life behind bars.

The Williamson County district attorney successfully blocked all requests for testing until 2010, when a Texas appeal court ordered that testing on the bandana take place. In the summer of 2011, the test results revealed the bandana contained Christine Morton’s blood and hair, along with the DNA of another man, Mark Alan Norwood.

Michael Morton was released from prison and awarded $1.9 million in state compensation plus a monthly annuity of $12,000. Norwood, 57, was arrested for Christine Morton’s killing in 2013, was found guilty of her murder and sentenced to life in prison. 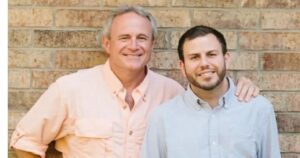 In October 2012, after a nearly yearlong investigation, the State Bar of Texas filed a disciplinary petition against Ken Anderson, the prosecutor in the Morton case (who became a Texas district judge in 2002), alleging he withheld various pieces of evidence from Morton’s attorneys, including a transcript of an August 1986 taped interview between the case’s lead investigator and Morton’s mother-in-law, in which she stated that Morton’s 3-year-old son had told her in detail about witnessing his mother’s murder and said his father was not home at the time. In November 2013, Anderson agreed to serve 10 days in jail, perform 500 hours of community service, give up his law license and pay a $500 fine.