Home Blog In The Netherlands, you get much more than a degree. 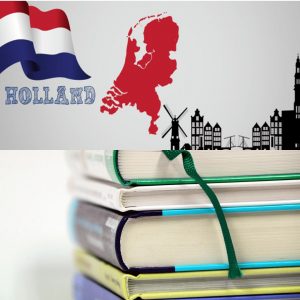 Many do not know how beautiful The Netherlands is, I know much has been written about the Dutch capital city of Amsterdam with its fabulous red light district and their cycling culture, but there is so much more to that wonderful country and I can tell you that it is better experienced than heard.

Now, what could be a better opportunity to do so than to study in the lovely little kingdom?

On Wednesday 7th February 2018 The Embassy of the Kingdom of The Netherlands in Nigeria brought good news to our teeming youths. It announced the readiness of Dutch universities and other institutions of higher learning to offer qualitative and affordable education to Nigerians.

Mrs Sonia Odije, who is the embassy’s Advisor for Trade and Economic Affairs, revealed this to the News Agency of Nigeria (NAN) in Lagos as preparations for the second “Study in Holland Fair’’ in Lagos gained momentum. She said that following the success recorded in the first ‘Study in Holland’ last June, a delegation of Dutch universities and other institutions would be in Lagos for the second fair slated to hold on March 3 at the Federal Palace Hotel, Victoria Island, from 9:00 a.m. to 5:00 p.m.

Nigerians can seize the opportunity to learn more about studying in The Netherlands as the delegation will equally embark on the recruitment of potential students.

At an average of about €8,000 per annum tuition for non-EU students is much lower than about €15000 that is the average in the United Kingdom. Whatsmore, some of the courses are taught in English and most importantly you get to study in a harmonious environment and one of the most culturally diverse countries in Europe.

So you see, you get much more than a degree when you study in The Netherlands.

You can explore further here.