The birth of the internet has revolutionized the world in many ways. In couple of decades, what was thought impossible centuries ago became possible, and humanity entered a new era that would for centuries to come be relevant. There is hardly anyone who hasn’t been touched by the hands of the internet, albeit the economic conditions that might hinder their access. It is the new normal, and the coming of the internet has forced the creation of a dual personae; a physical, and a digital one.

Like every other person privileged to have considerable amount of access to the digital world, I have benefited immensely from its presence, and likewise, I have been on the wrong side of it. Through the digital world, tasks which oftentimes take weeks to execute are completed under hours, saving one the time, and energy that would have been otherwise expended on doing them physically. Most importantly, the digital world has aided in relationship sustenance. Rather than wait out the long absence of a beloved one, a quick tap on a phone or a click on a laptop could transport a person miles away, and land one at the front of the desk of the other person.

Not without its flaws, my active digital presence has made me lose time that would have been better spent doing other things. It is a world that draws one in, and leaves no option of immediate return possible. While pending work compiles, one might be giggling to memes on twitter or funny skits on Instagram; all elements of the digital world meant to keep you within its grasp. And therein lies the greatest danger, which without caution, robs one of a time that never stops counting.

However, there are more to the digital world than these aforementioned benefits and ills. Some days ago, prominent Nigerian writer, Chimamanda Adichie went all out in laying bare the issues plaguing the world today. The distrust is so pervasive and it is hurting the very fabric upon which our societies are built. It is no surprise then to see people divulging information that should have rather been kept private, calling out people and trying to justify their actions regardless of whether it is right or wrong. In the digital world, a friend this second could be an enemy in the next.

The digital world gives freedom to explore without limit, express opinions without boundaries, and maintain an identity mile apart from who you are as a person. There is in the digital world the notion that perfection is the only attribute that passes, and where one’s vulnerability surfaces, the human criticism emerges. With little to zero policing of what should be acceptable, everyone has become a King in their own right, attacking viciously any opinion that counters theirs. Alas, we have forgotten what it means to be human.

The consequences are damning and far-reaching, more than many would come to terms with. Little by little, the human nexus that connects us all is being lost and replaced by the terms of the digital world which accepts nothing but perfection. The freedom of expression and relation which ought to come naturally in the digital world is now restricted. People are more scared of being criticized and people who lack the very things they preach have become the judge and jury constituents of the digital world. ‘Savagery’ is the order of the day without recourse to what impact such harsh expression might have on the person. It is a mad man’s world.

It is however difficult to separate the digital world from human affairs. In fact, it is the vehicle that drives the continued propulsion of the human species. However, the consequences would be graver going forward if a recourse isn’t made to reevaluating the sustenance of pure human relationship. In the digital world we find company but in the physical world we find love; love without criticism or judgement. One not aimed at exposing vulnerabilities but rather understanding and appreciating the dynamism of being human.

The first step in the right direction would be to limit the use. As espoused earlier, major parts of our lives are now concentrated in the digital world, leaving little space to appreciate the physical self. Families rarely spend time with each other, substituting that with texts and phone calls that might do not nothing but widen the gap. However, the digital and physical presence could complement each other; where it would suffice to meet physically, a digital option should not be adopted. More physical interaction should be encouraged and humanity should prevail.

Further, there should be the imposition of legal penalties on hate speech and the propeller of such speeches. False accusations on digital platforms should be treated with seriousness and those found guilty should be duly prosecuted. Things that constitute hate speech should be clearly defined and made public for widespread awareness. Other activities that would help reduce number of hours spent online should be encouraged too. Community activities should be promoted and incentives should be provided to drive participation.

In conclusion, social interaction between people now takes a different dimension than it used to. When the internet was still a soothsaying, there were much acceptance and respect for everyone. Its coming however is continuously reshaping how relate with each other, and since it would be practically impossible to scrap the digital world, we should explore ways through which gaps could be bridged and there would be more acceptance of the differences that make us unique as humans. 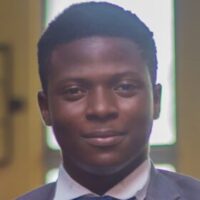 The Grey Rose by Victor Oladejo.