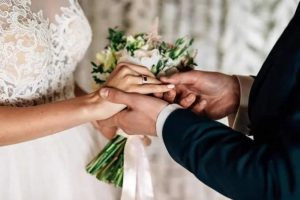 On this day: in history (1913), the South African Supreme Court declared that marriages not celebrated according to Christian rites and/or not registered by the Registrar of Marriages, are invalid. All Muslim and Hindu marriages were therefore declared invalid. As a result, Muslim spouses and their children suffered discrimination due to their traditional religious marriages and children born from such marriages were viewed as illegitimate. Furthermore, Muslim women were denied spousal benefits such as having the right to inherit intestate, and could not inherit a fair distribution of property at the dissolution of their marriage.

In the case of Daniels v Campbell N.O and Others, the wife was not recognised as the surviving spouse of her husband when he passed away without leaving a will. She was informed by the Master of the High Court that because they were married in terms of Muslim law, she had no right to benefit from her husband’s estate. In 2003 she approached the courts and was successful. The court ordered that “both the Intestate Succession Act 81 of 1987 and the Maintenance of Surviving Spouses Act 27 of 1990 should be amended to make provision for the term ‘spouse’ as to include ‘a husband or wife married in accordance with Muslim rites in a de facto monogamous marriage”.

In order to enjoy the legal rights and protection, similar to civil marriages, Muslim couples had to conduct a separate civil ceremony in order for their marriage to be recognised and protected as a valid marriage in the eyes of the law.

A Brief One On Marriage.