Home FEATURES On This Day On This Day: Cuba’s Independence from the United States of America
Post Views: 33

On this day: in history (1902), Cuba gained its independence from the United States, which had taken control of the island in 1899 after defeating Spain in the Spanish-American War. 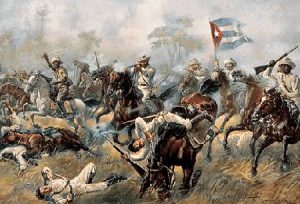 In February 1895 the colony was engulfed in a new war, known as Cuban War of Independence. Initially, rebels led by Jose Marti had lobbied for assistance from exiled Cubans in Florida and Latin America to fight for Cuban independence. The “Guerra de Independencia Cubana” was the last war in the trilogy, and was the bloodiest of the three, resulting in the death of about 300,000 Cuban civilians. The United States became embroiled in the conflict after the sinking of the USS Maine battleship in 1898 and signaling the start of the Spanish-American War. The involvement of the United States in the war resulted in the defeat of Spanish forces who surrendered sovereignty over Cuba on December 10th, 1898 in the signing of the Treaty of Paris, which provided for the Independence of Cuba from Spain. There was 3.5 years of the US military rule before Cuba became inpendent. 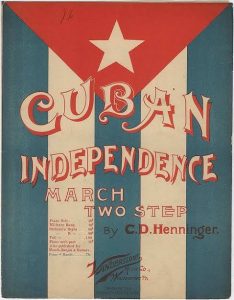 The Treaty of Paris also ceded Puerto Rico, the Philippines, and Guam to the United States for the sum of US$20 million.