Home Blog How the South-East should respond to Amotekun.
Post Views: 30 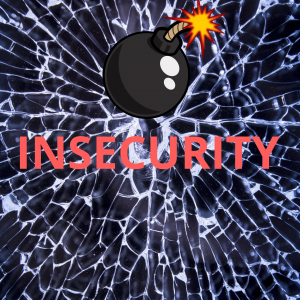 “It is the opinion of many great authorities that every nation or people build its future on its past, that is, a past that has been properly studied and understood, and whose seminal experience has been extracted and redeployed for further use”. ~ Prof. Adiele Afigbo

Ever since Mohammed Yusuf was extra-judicially murdered by the police in 2007- a costly insurgency that has so far claimed over fifty thousand lives and displaced about three million continues to ravage the nation. The hydra-headed problem turned into a conflagration which continues to oxygenate the activities of bandits in the North-West and killer herdsmen across the nation.

The inability of the national defence and security apparatus to contain the insurgents has seen an otherwise localised conflict permeate the other regions in different guises. In the South West kidnapping became so rampant that even the high and mighty were not spared. Chief Olu Falae is lucky to be alive while Pa Fasoranti’s daughter -may her soul rest in peace- wasn’t so lucky.

What’s more, President Buhari’s lopsided appointments in the security architecture and his reluctance to replace the service chiefs in the face of perennial insecurity culminated in the birth of Operation Amotekun. Well, so the Yoruba leaders say.

I am not sold on that narrative. I believe that Operation Amotekun is actually more about politics than security.

Why do I think so? Well, part of the reason should be obvious to the discerning observer. With the exception of some Nordic countries and a few others, even the most liberal democracies have its security framework usually designed with the principal consideration of protecting the ruling elite let alone Nigeria where ours was largely shaped by long years of military dictatorship.

Precisely, the established operational paradigm in the country can rightly be described as regime security rather than national security. This is better exemplified in the fact that it is normal to have the number of security operatives attached to the office of a local government chairman supersede what is left to guard the local government area itself.

Tinubu himself is very much aware of this. As the political godfather of the South West, his measured statement calling for dialogue with the federal government couldn’t have been better crafted given his rumoured ambition to succeed Buhari. Who wants to stir the applecart?

And did his caution prevail? Certainly, the northern dominated federal government is aware of existing security outfits like Hisbah, JTF and the rest. So it makes little sense to boisterously oppose a similar initiative by the politically aligned South West. Moreover, any other amorphous security organisation out there that exceeds set boundaries as the so-called legal framework will definitely outline can always be tamed. Cut to size and reduced to omonile like Obasanjo did to the Oodua Peoples Congress OPC.

So, as the Federal Government led pally with South-West Governors on the contentious issues concluded with a mutual agreement public attention will understandably switch to other regions particularly the South-East. Leaders of the region will be inundated with more calls to reproduce something identical.

Already we ‘ve had some chest-thumping from usual vocal quarters. While Ohaneze Youth Council called on the conspicuously silent South-East Governors to resuscitate the defunct Bakassi boys, IPOB leader Nnamdi Kanu promised to relaunch the disbanded Biafran Security Service with the aim of supporting Amotekun with one million men.

However, our leaders need not succumb to these chaotic and discordant demands. There are factors to be taken into account before any coordinated response if at all there will be one as different geopolitical regions in the Nigerian enclave has its peculiarities. This is even more so with the South East.

For one, baring Kayode Fayemi of Ekiti state, the remaining South West Governors will face reelection sooner or later with Akerodolu of Ondo state looking to renew his mandate later this year. The region’s electorate often described as the most politically sophisticated couldn’t care less about the fact that bulk of the governors are members of the ruling APC. Given the opportunity, the Oyo state experience may be replicated in states where the governor’s report card is subpar.

Now given that the security of lives and property is always a paramount factor in electioneering campaign and if your people have been lamenting the poor security situation, what better promise than an indigenous outfit to secure the region? Moreso, when it will likely be opposed -as we have seen- by perceived traducers or invaders like Miyetti Allah as Odumakin and Femi Fani Kayode, would have them believe. We can now see the reason behind the collective insistence and perhaps desperation of the governors to fly the spotted cat. Perception is key.

In reality, the converse is the case in the South-East. Only Hope Uzodimma will seek re-election. The rest are doing a second term. Moreover, the region has fared best in terms of security over the last two years. According to the statistics released by Nigeria Security Tracker (NST), it had the least percentage (1%) of reported cases of kidnapping between Jan-Sept 2019. Compare that to (43%) in the North West and you can see who really needs to emulate Amotekun.

The truth is that silently the South-East governors though often perceived as inept by a majority of her people have performed creditably in the area of security. Gone are the days when the region was notorious for kidnapping.

In Anambra state, for instance, Governor Obiano encouraged community policing from day one. Each town union is well funded to maintain a vigilante group who collaborate with the police. The governor also regularly equips the state police command with vehicles, communication and security gadgets including drones. This laudable initiative has earned the state several accolades as the safest in the country and is currently being xeroxed in Abia and Ebonyi states.

So Igbo leaders need to be circumspect and proactive here. Ours is a region blessed with abundant natural resources like oil, coal, zinc, limestone, salt and much more which remain largely untapped. The complimentary requirements are equally available. We have abundant human resources, capital and most importantly the entrepreneurial spirit. Our bane has been the lack of a collective vision, platform and the premise that the federal government must play a leading role in reviving the moribund infrastructure across the zone.

One would wish to see the governors move beyond the promised South-East economic integration blueprint to actualisation. This is the area we should emulate the South West really. An umbrella corporation similar to the Oodua investment group can be created to facilitate this idea. It can boost manufacturing with more investment in infrastructures like power and erosion control.

Our governors should also encourage effective utilisation of the international airport while developing the waterways for business collaboration with neighbouring states. There should be an increased focus on media presence, job creation and leadership development. These measures will not only help to bridge the developmental challenges faced by the region since the civil war but will also further consolidate on the improved security atmosphere.

Given its unique chequered history, a thawing rather than a further exacerbation of the prevalent frosty relationship with the centre is what the South-East needs going forward. We cannot afford a disruption with a needless imitation.

Let us leave Amotekun for those it was created for and those who may need it. Our priority should be on increased productivity and wealth creation in our region. Like our people will say, “Aku na etigbu ilo”. Wealth defeats the enemy.