There have been multiple allegations and demonstrations that question the basis of the Special Anti-Robbery Squad (SARS), a unit of the Nigerian Police Force (NPF). It is disturbing that SARS, an official national security unit, is publicly viewed by the Nigerian citizenry as an object of terror. Thus, the persons who were supposed to be beneficiaries are now victims of their internal security, or better still, in-security.

Furthermore, there have been several claims and reports of Nigerians who have been assaulted, harassed, brutalized, or extra-judicially killed by SARS. Nigerian youths, journalists, human rights groups, and lawyers, among others, have publicly condemned these unconstitutional acts. From the several news reports and public SARS demonstrations, there is sufficient evidence to allude to their brutality and extrajudicial killings. The fact speaks for itself. The proof lies in the pool of blood on the streets, the grief, and the agony in the air. Ultimately, the Nigerian people are agitated and call for the outright abolition of the special police force unit, while only a few support a reformation. Which is better?

This is the question we must answer. However, we must understand where we are coming from to know where we are going. SARS is a security unit that appeared on the Nigerian scene in the military era of 1992.[i] The team was created to detain, investigate, and prosecute armed robbery perpetrators. Thus, SARS became a security parastatal empowered to eradicate cases of robbery and other related crimes in the country. Today, there is nationwide unrest, as members of the SARS unit incessantly torture and arbitrarily wreak brutality on the masses.

Accordingly, this is why I have over 200 million reasons to support the reformation of SARS – one for each Nigerian. However, I do not support abolition. Hear my express thoughts on the issue at hand.

If SARS is abolished, we should ask ourselves; who will fill the vacuum created in the combat against assault and robbery operations? SARS is the only anti-robbery dedicated to combatting robbery operations in a country with a high rate of violent crimes such as assault and armed robbery at 71.65%.[ii] Thus, if we are to go by the mischief rule of interpretation, the primary objective for which SARS was created still exists. So, why abolish a system that is combatting the menace it was designed to tackle due to operational defects? In such a situation, the ideal thing will be to focus energy on resolving such defects.

It is vital to state that SARS has boycotted several robbery operations due to its search and seizure powers. Therefore, the issue is when innocent citizens are harassed and brutalized based on suspicion. This means that the problem is not with the idea behind SARS, but their modus operandi and the individuals at the wheel of implementation. It is true that 2015[iii] and 2019[iv] SARS reformations merely announced SARS’ departmentalization into operational and investigation units, and decentralization, respectively. However, a change of name does not correspond to a change of methods or results – action is needed.

What is required is a sustainable framework that will restructure the operations of SARS to specifically address violent crimes. Thus, these are the reasons for my position, and why I propose the following three steps to an actionable reformation of the Special Anti-Robbery Squad unit known as SARS:

I urge you to listen to the grieving mother’s crying tears and the widowed wife’s young orphan. I ask that you reason with my plea for security and foster law and order in the country. I encourage you to adopt my honest recommendations for the SARS reformation.

I look forward to a better Nigeria.

Signed: the voice of pro-nationalism.

[v] The 1999 Constitution of the Federal Republic of Nigeria (CFRN).

Femi Alonge is a goal-driven law student aspiring to become a top-tier legal practitioner with global recognition in the corporate and commercial law practice. He wrote in via femialonge247@gmail.com 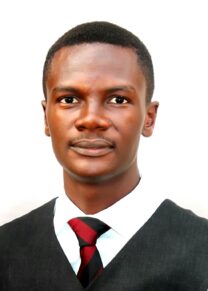