“Freedom cannot be bestowed; it must be achieved”. This quote is culled from the words of  Elbart Hubbard; an American writer, publisher and artist. There is always a price to pay for freedom and this Soro Soke generation is willing to pay the price for freedom. The adopted mantra is Soro Soke. “Soro Soke” is a Yoruba word  which translates to “Speak up” in English Language.  It is evident that the Soro Soke generation will no doubt make good leaders judging by the turn of events in the past few months. The era of godfatherism/ imposing leaders on the people despite the fact that the country is operating a democratic system of government is gradually nearing an end.

The Soro Soke generation was birthed by the End SARS protest (protest against police brutality) amidst the myriad of grievances  that the youths are unhappy about. The youths feel they have been sitting on the fence for too long and the time has come for them to brace up and  speak up in order to bring about better conditions of living for all and sundry. They are of the opinion that the nation is in a state of higgledy-piggledy and they have to fix it in order to save the country from further decay.

I’ll like to borrow a leaf from the words of Lao Tzu, the ancient Chinese philosopher , “A leader is best when people barely knows he exists, when his work is done, his aim fulfilled, they will say: We did it ourselves.” The End SARS protest which lasted for two weeks was one of its kind.  The unity, organization and commitment to a general cause exhibited by the youths  has never been recorded in the history of my beloved country. A great deal of planning, organization, structures were put in place to ensure that the protests lingers till the movement’s  demands are met. This protest was brought to an abrupt end following the unfateful event at Lekki Toll Gate, Lagos on October 20, 2020.

The Soro Soke generation is made up of fearless leaders who are neither selfish nor biased as opposed to the leadership structure currently in place in the country.  The Soro Soke generation leaders have put the present leaders on the alert and are determined to take them unawares in the scheme of things. They are dauntless. They remain resolute to the movement’s  cause until its  goals are achieved. I’m optimistic that the Soro Soke generation leaders will make good leaders judging by the zeal and courage they exude. Recently, On February 13th, 2021 they were out a second time to plead their cause as to why the Lekki toll gate shouldn’t be reopened due to the fact that justice is yet to be served on the lives that were lost, injured, demoralized, brutalized and traumatized by the incident which took place on October 20, 2020.

There have been speculations from critics that the Soro Soke generation leaders will utterly fail in the place of leadership  due to the fact that they lack the needed experience to lead/govern. This speculation does not hold water. The youths are knowledgeable people who are current with the happenings around the world and have been able to learn from the mistake of other nations so as not to make the same mistake. There is an urgent need for an emergence of a new crop of Soro Soke generation leaders to ensure a better and brighter future for all.

Technology has paved way for easy communication amongst the Soro Soke generation leaders. Social media is no doubt a veritable tool in ensuring good leadership if channeled appropriately. The solid structure put in place by the Soro Soke generation leaders is obviously the power of social media.  Strategies were deployed to make plans run smoothly. Soro Soke radio station was created, applications were developed, google forms to cater for various group was created, means of transportation was organized to convey people to protest grounds all over the country, refreshment/food was shared to keep the spirit alive, legal services was  provided to arrested protesters , doctors were brought in to administer first aid to fainting hearts, bouncers were engaged to ensure a peaceful protest, funds/ donations were judiciously  shared amongst the states to ensure no state was lacking basic materials on protest grounds. During this protest different religions were united in a bid to push the movement’s  cause to the promised land. The numerous tribes and languages in the country also stood their ground for a common cause. A popular cliché goes thus; “United we stand; divided we fall”.

The next election will have many Soro Soke generation leaders in positions of authority. I have no iota of doubt that they would perform excellently if elected into these offices.

Akinmurele Oluwatosin is a graduate of English and Literary Studies. She is a content writer/editor. She wrote in via  akinmureleoluwatosin@gmail.com 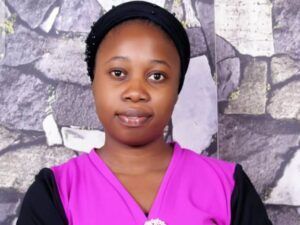 African leaders are more constrained by democratic rules than you think