Logically digesting the history of cross-dressing, I was left astonished as my brain kept bringing to my remembrance what brought about a trend we never saw coming. Cross-dressing originated when women have to put on male clothing just to be allowed at the war front. In contrast, men were left with an option of dressing like ladies to evade being thrown into the battleground. When my grandmother told me this during one of my visits to her place when I was pretty young, I could not control the laughter that ensued. “So, some of our forefathers were cowards and went that far to avoid going for battles?” Chuckles!

Some months ago, my elder brother – Sayo by name, shared the story of one of his male friends (James) who was a sartorial enthusiast. This guy, as a result of what he had consistently fed his eyes with on social media over time, developed cravings for female wears and became obsessed with cross-dressing. Whenever he is alone in the house, James will peruse his sister’s bedroom, and try out different kinds of lady’s outfits and take selfies with them. It went worse when he started taking a walk down their estate just to practice what he had watched on his phone.

Although weird, what started as an unconscious act several years ago is now the limelight amongst the youths of today. Cross-dressing can be defined as the act of wearing outfits or attires that are culturally and morally peculiar to the opposite gender. [1] This is done for different purposes not limited to an unexplainable personal craving, comfort, fame, etc.

Permit me to state that the World Health Organization describes gender to be the product of socially fashioned philosophies about the behavior, actions, and idiosyncrasy of a particular sex. The dogmas, values, and morals demonstrated by each gender are the result of agreeable norms of the society. This is to spell out that the personal opinion of an individual is not taken into the primary consideration of the assignment of gender roles. This is accrued to the fact that dressing, to a large extent, represents one’s gender which invariably presages the sexual orientation. Having cleared the air, my yardstick of this opinion essay will be centered on what is generally acceptable in our society.

When you hear names like Idris Okuneye, also known as Bobrisky, James Brown, Daniel Anthony, also known as Jay Boogie, Johntel Peters, alias JP Blush, etc, only one thing comes to mind as a Nigerian. Nothing, but Cross-dressing! These are individuals who have stunned social media and the entertainment world for their predominant cross-dressings.

The aforementioned personalities and some other youths, put on attires that are strongly linked with the opposite gender and flaunt their boobs, botties, as well as exposing their cleavages on Instagram and other social media. The outfits worn by these people, such as curvy skirts and trousers, revealing blouses are feminine and entangle the attention of the masses; unlike male clothing mostly considered gender-neutral. Because of this, the noticeable cross-dressers in Nigeria are the male ones.

The concept of a guy having an uncontrolled feeling for putting on a pair of stockings seems absurd, despicable, and funny. Come to think of it, how would a marriage last if the husband and wife are sharing the same underwear (wink wink)? There will be constant chaos if there is a shared desire for mascara or lipstick by both parties. Cross-dressing appears like a misconception of what should be valued and admission of a lost sense of pride in one’s natural disposition as a man or lady.

According to gender theorist, Kate Bornstein, the reason why people cannot shy away from cross-dressing is still nebulous and volatile. The assignment of gender involves taking into consideration the physical and genetic features apportioned by nature, accompanied by the imposition of socially constructed beliefs.

Why do people cross-dress? One of the reasons can be linked to environmental factors or peer pressure. This can be attributed to what an individual is exposed to while growing up. While some parents detest their wards from feeding their eyes with morally degrading contents, some are indifferent about it. Hence, the reason a 10-year old boy sees nothing wrong in desiring to appear like a beautiful girl he crushes on.

Also, some people cross-dress to dance to the tune of comfort or style. Simply put, out of personal preference for clothing associated with self-coziness. In this case, it is a natural inclination to look like the opposite gender born out of a pure or naive motive. This is prevalent amongst ladies who love putting on male clothing just to be free and for comfort’s sake.

Going forward, some people cross-dress to amaze others or challenge the social norms that have been established from time memorial. This is a common attitude displayed by male youths where they intentionally go around, putting on female attires, just to get noticed and contest the social norms of the community. Although the popular Nigerian cross-dresser – Bobrisky, wears female attires for entertainment and money-making sake as he is reportedly earning about N700,000 weekly from it[2], others engage in cross-dressing to show off. Most of these cross-dressers catwalk into events, leaving people marveled, consequently, all eyes will be gazed on them, making them feel like a superstar. Subsequently, a crowd of peeping onlookers will muster around for photo shoots and autographs.

Historically, some brave women also cross-dress to take up male-dominated or male-exclusive occupations, which normally will not be granted to them. However, this is not rampant in this present day world anymore.

Undeniably, cross-dressing is soaked in a highly controversial desire: the desire to look like, for a period, the gender one admires so much and is engrossed in the love for it. A man dressing like a woman is merely melodramatic, yet an unreasonable way of getting closer to the experiences of the sex one is profoundly curious about, but cannot become due to God’s unique creation style.

Cross-dressing starts with a mental picture before it transits to becoming an act. This is the reason a 12-year-old lad in the Western region of the country can develop a passion for dressing like a Fulani Herdsman in the faraway north by putting up a hat—made of woven raffia and leather, alongside linear conspicuous design with a prominent button, to appease his desire to imitate his subject of fascination.

With all being said, what then are the plausible solutions that would be of help to curb this act? Although it seems like cross-dressing is gradually coming to stay in the world we have found ourselves, but just as Nigeria has refused to grant LGBTQ official recognition unlike some other countries in the world, I believe upholding and reinforcing the strong moral standards of the nation will help eradicate the urge of cross-dressing amongst youths.

Also, there should be laws guiding the extent to which a male can put on female apparel and vice versa to preserve the moral sanity in the community. This implies that contemporary sumptuary laws, known as cross-dressing laws, should be well-enforced towards individuals who transgress gender roles, consciously or unconsciously. For example, in Sudan, we have some laws prohibiting indecent or immoral dress outside the scope of the extent that it could be pardoned. [3]

Furthermore, children and teenagers should be well-monitored by their parents at their early stages of life. The younger generation should be protected from being exposed to all kinds of morally decadent values they are liable to encounter on television and social media. Stumping on the post of Bobrisky that all broke men that want to be rich should join the community of cross-dressers [4], a young boy desperately desirous of wealth could be easily lured into cross-dressing if not properly monitored and trained.

Finally, sex education should be encouraged and taken seriously. We need to assist young chaps to amass useful information, knowledge, and commitment to make healthy choices about sexuality. It will encourage acceptance of good values, and the development of quality decision-making skills amongst youths. Hence, it will enhance a sense of moral responsibility as they will be educated early enough on the difference between what is right and what seems to be right.

In conclusion, the relationship between gender and dressing is not dependent on investigative or academic propositions, but rather, it is a socially constructed, unwritten principle that has over time, become a standard we follow. Having said all these, it is without gainsaying that any act no matter how personally that stands to defile the moral standard of the society should be frown at for the conservation of the sanity of the culture. We can have the right to dress in whatever way we like, but we should not allow our actions and inactions to be a source of division to the norms of the society. 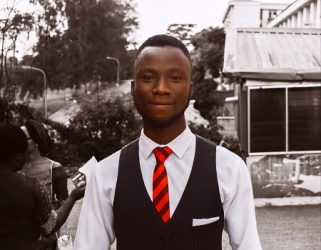 The Business Of Cross-dressing by Chukwuemeka Oluka.

Cross-Dressing In Nigeria: Should We Be Worried? by Michael Ogbonnaya.