Home Blog A Bitter Taste In My Mouth by Peace Habila.
Post Views: 65

Some years back, a tipsy man down the road transitioned his wife to glory. The  neighbors reported that the pounding, yelling, and  screaming were  almost ‘normal’ routine. Love for husband and children were the justification the now late wife gave for staying put in that toxic situation.  ‘She makes me feel less of a man because I lost my job‘, was the man’s excuse. He was hardly sober; it was just impossible for anyone to validate his  claim.

He was a railway worker who got retrenched. He was top on the list because he was hardly sober at work. Colleagues, occasionally, accosted him for using vodka instead of perfume. So, when his name was scrapped off the pay roll, he found abundant succour  in the bitter taste of his new found liquid friends in bottles. The excess time he had made him a  voracious pain. His compulsive drinking habit was further  amplified. To service his insatiable thirst, his fingers became extra light; his wife’s savings were not spared. Sooner than expected, he became a public spectacle in the neighborhood; he was tagged   the famous ‘tipsy man’. She was used to picking him from beer parlours,  gutters, and all sort of places in a sorry state. Oh! She loved him, notwithstanding.

On the day this woman paid the ultimate price, he came back ‘tipsy’ as usual. Just in time  to kick start the ‘routine’. This time it was different. The light yet strategic punches were hard on her tired body. Obviously, the day’s job left its finger prints on her body. She didn’t have  any significant or even insignificant strength left in her to fight him, to defend herself  or  even yell  out loud. Her voice  just wasn’t  loud enough to wake the sleeping neighbors. Well, maybe she was just a living corpse walking around. Maybe, the toxicity of her ‘love life’ had choked every glimpse of hope left in her. Maybe, peace left her home long ago. Maybe, something else had feasted on her flesh until she was dead yet, alive. Just maybe, the stench of his vodka perfume  had exhausted her soul. So I guess, the ripple effects and influence of the bottles in form of  punches were the perfect nails on the casket. He must have felt an egoistic gratification for finally subjecting her and his problems  to submission. But she was just quiet, cold, and dead. She died whispering ‘please’, hoping that his drunk conscience would open up, just one more time. But no, he was far gone to be sober. 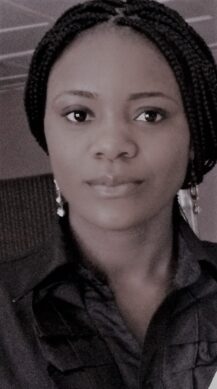 I Did Not Want To Die Yet by Osanyinro Oluwaseun.