Home Blog My Gateman Is From The Fulani Tribe by Chike Amobi.
Post Views: 70 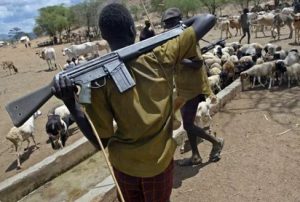 And increasingly now, I worry!

I had never really been too conscious of this until recently. Ahmed is a slim lanky kid with yellow teeth and timid disposition. He is on the wrong side of 30. He respectfully bows down and pumps his fists in obedient reverence every time he greets you. And flashes those pale yellow teeth in his attempt to smile at you. A smile I believe in my heart is genuine as his face lights up. He resides in the gatehouse of my office building and has been there since construction started. He has been very efficient, works hard and never derelict in his duties. And also appears to get along very well with my driver who is Tiv. And there’s an irony in this because the bulk of Fulani Herdsmen massacres are perpetrated in Benue State.

For the benefit of my Non-Nigerian brethren who may perhaps be wondering why I am throwing out all these tribes, here’s why. There’s an apparent and under reported pogrom going on in Nigeria now. Heartless killers who have now gained indubitable notoriety as “Fulani Herdsmen” are engaging in clandestine murderous adventures every day in neighborhoods that are clearly outside their geographical borders. And coming uncomfortably closer each day.

Ostensibly in their bid to assert their “God Given” rights to have THEIR cattle graze on YOUR land without regards to the wanton destruction, they cause on YOUR land. Too bad! No one is spared in the massacre. Old women and children. Pregnant women and toddlers. Everyone in sight is either ‘AK 47ed’ down or cut into toast-sized slices with unfriendly and bloodied machetes. Leaving an aftermath of human abattoir after each of their unannounced and unwelcome visits. And leaving no doubt about their identities as “Fulani” Herdsmen.

Recently, pictures and videos of these gun totting bloodhounds have been circulated on the internet. And at the risk of sounding stereotypical, they look no different from the Ahmed right here. Except that Ahmed is carrying no guns. And Ahmed smiles and washes cars very well. And doesn’t look like he could hurt a fly. And I know looks are deceptive. But still.

Anyways, increasingly now, when he gives me that usual “Sanu De Zua” greeting, (basically, Good Morning) I’m increasingly and embarrassingly thankful to God that Ahmed has no contact with my family. And I find I’m now looking him deep in the eyes to see if I can identify any latent murderous proclivities by examining deep into his pupils. No way.

Having been on the wrong side of racial profiling as an American Citizen, and having filed Civil Rights actions in the Courts over there to assert the Constitutional rights of people who have been unlawfully stereotyped and discriminated against, I try to keep that ol’ “you don’t judge a book by its cover” mentality and proceed with the mindset that not all Fulanis are murderers. All well and fine.

But in this case, and with all the gory pictures circulating on the World Wide Web about the havoc that Fulanis are causing all over the place, mutual suspicion has set in between and amongst Fulanis and everyone else. I keep wondering whether Ahmed is unaware of what is happening with his tribesmen? And what he thinks of it? And what he really thinks of Non-Fulanis? And obviously, like Jesus asked his disciples, who do you, AHMED, say I am? I must confess that even with his smiles and timid disposition, I can’t help hearing that still small voice NOW that, whenever AHMED walks by and flashes that his usual smile, that still small voice mischievously whispers to me, “What If…”

And I am now having to deal with the interrogatory, Does AHMED Go or Stay?

On This Day: The Zong Massacre and the Lord Chief Justice