On this day: in history (2016), the EgyptAir Flight 804 crashed into the Mediterranean Sea, killing all 56 passengers, 3 security personnel, and 7 crew members on board. The flight was a regularly scheduled international passenger flight from Paris Charles de Gaulle Airport to Cairo International Airport. 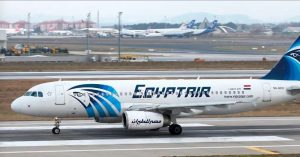 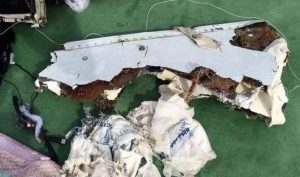 In December 2016, Egyptian officials said traces of explosives were found on the bodies but in May 2017, French officials denied that.On 6 July 2018, France’s BEA stated that the most likely hypothesis was a fire in the cockpit that spread rapidly.

A manslaughter investigation was started in France in June 2016; in April 2019 a report commissioned as part of the investigation stated the aircraft was not airworthy and should have never taken-off: recurring defects had not been reported by the crews, including alerts reporting potential fire hazards. In April 2022 it was reported that the fire was caused by one of the pilots smoking a cigarette, which burned out of control when exposed to oxygen leaking from a cockpit oxygen mask.