Most lovers of Nigerian comedy do not need to think twice before agreeing that the most-watched comedies are those featuring ladies with dangling big butts, enticing boobs, and curving bodies that keep viewers stuck to the screen. You can pause for a second to ponder on it. Most likely, you smiled in agreement, right? By the way, it is not only the comedy space, even the entertainment and fashion industries follow the same trend. Unarguably, people now have easy access to feed their eyes with content that drives their desire beyond the expected. The craving to be curvaceous is now a prevalent desire eating up the minds of thousands of people.

Some months ago, a good friend of mine told me about one of his female friends who got entangled in the realm of depression because she was not happy about her body shape. A newly admitted university student for that matter! Why on earth could she be overwhelmed with such thought? At least, she has her academics and some other issues of life to ponder on. However, we cannot solely blame her; the society has presented a competition mirage amongst the young ones. Every young person out there wants to impress. Many complaints are clouding their minds. If they don’t grumble that boys are not interested in them because their boobs are not noticeable, it will be, “I am not attracted to guys owing to my flat butt.” Similarly, you will hear from the boys that “the girls are not looking in my direction because I look old.” All these are laughable right? Well, I am not here to dwell on the comic part, but rather, to give a surgical evaluation on the subject topic and proffer potential solutions.

Plastic surgery is the process of consciously altering the human body. It can be broadly divided into two: reconstructive and cosmetic surgery. While the former aims to reconstruct or improve the functionality of a part of the body, the latter aims at making better the appearance of parts of the body. Although plastic surgery itself is not a bad act, the rising intents amongst people have painted the wrong image in the sight of all. For example, a person suffering from post-nasal drip, breathing problems, or even snoring can proceed to do a Rhinoplasty (nose reshaping) to correct the structural defects like deviated septum in the nose. Likewise, you can have liposuction to be physically active or reduce the chances of having diabetes, heart pressure, or even developing increased blood pressure.

It is no more a news that social media platforms have been pervaded with the professed death of a Port Harcourt Socialite, Christabel Miriam Gabriel. It was reported that she died after hip surgery at the Cynosure Aesthetic Plastic Surgery Clinics in the Mende area of Maryland, Lagos State. Even though the friends of the deceased appealed that she lost her life out of medical laxity, the hospital management rebutted the claim stating that the patient died four days after the surgery. While the police are doing their investigation regarding the cause of the death, this essay will be investigating some wrong motives of people regarding plastic surgery.

The leading cause of plastic surgery nowadays is the desire to belong. Sadly, this has landed some people in grave consequences for their actions and inactions because they want to have a striking structural resemblance to actresses with sculptured hips, provocative curves, or sexy shapes. Another factor is the prevalence of social media. Dr. Dennis Schimpf, FASC, founder of “Sweetgrass Plastic Surgery,” opined that social media platforms have massively influenced the desire for plastic surgery. Many young boys and girls want to have the same curvy shape as people they see when they surf the internet.

Also, low self-esteem is a driving force. When you lack confidence about your natural being, you would be prone to make decisions against your wish. The feeling of being unloved, incompetent, or inadequate finds expression when you have the mindset that you are not appreciated because of an assumed ageing look or unattractive body structure.

I will be partial if I fail to account for how the society is impelling the youths to have big bodies. We are in the era where a lady with bigger breasts or conspicuous butt gets the leading role in a play, show, or thrown-up opportunity. This is because it will yield more views, likes, and even more downloads as the case may be. No matter how well we try to disprove this growing trend, the harsh reality is what is happening. I have witnessed it, and I am sure we have seen or watched it happen too. “Talent is good, but the curvy shape is more important” is the new message preached.

Moving forward, it can be dangerous if there is no control over this longing to reconstruct the body shape to look like the likes of Anita Joseph, Ini Edo, Destiny Etiko, etc. One of the most pathetic effects is that the person involved can lose his/her life in the process. Aside from death, in some cases, it could lead to hematoma – a huge excruciating bruise that appears like a pocket of blood. Sympathetically, another surgery will be needed in most situations to drain out the blood.

Similarly, plastic surgery can be accompanied by a tingling sensation and unresponsiveness. It has been reported that most ladies lose nipple sensation after undergoing breast augmentation. Additionally, on a few occasions, there might be a complication of cellulitis – a severe bacterial skin infection.

In a society engrossed in a competitive structure and knowing fully well that plastic surgery could be beneficial or be the saving grace while faced with some problems associated with the body, what then are the ways out? First, before going for that plastic surgery, question the motive. The answer you give will present an unbiased view of whether to proceed or not. Associating with friends of like minds matters a lot too. The advice you receive from people close to you can make or mar you. It will do more good than harm to be with friends that will speak sense into your head when the thoughts of going for plastic surgery because of the desire to belong overwhelms you.

Saying words of affirmation is another brilliant way to overcome the urge to look like others. Josh Sabarra (2018) stated nothing but the truth when he said, “Men turn to plastic surgery to boost their confidence.” On the other hand, we can overcome this low self-esteem by professing positive words to our inner man. Saying beautiful things to oneself when the thoughts of comparing one’s body to others envelope the mind can be very effective. Appreciate yourself always! Recognize that your body structure is the best, and no comment from anyone will change that notion. Even the Holy Bible made us know we were wonderfully created.

Furthermore, stop pretending to please others. I was reading an article where a student got a rhinoplasty to make her nose more proportioned. This was deviant of the thought that she was ugly. She only did it to make her face proportional. When school resumed, a friend of hers got one too. Subsequently, girls from her school commended her new look, and quite a number later booked an appointment for themselves. Why? The desire to belong! The urge to please their friends! “My colleagues are doing it; I must do it” mentality. All these should be eradicated. People should see life beyond pleasing others if the world wants to halt the desire for plastic surgery outside good intents.

Peradventure, if the above-stated solutions tend to prove abortive, talk to a therapist, a counsellor, or someone you can be accountable to. The ability to deal with life’s complications at times might be beyond one’s capacity. Nevertheless, it is wise to find protection in someone who can guide you alright. Therapists can help to overcome depressing feelings by assisting in structuring a better awareness of the thoughts. They explore actions from a different perspective and give a supportive and understanding shoulder to lean on. All of which will be instrumental in saying “No” to the self-infused desire for plastic surgery.

Lastly, there should be more competent doctors. Nowadays, plastic surgeries have been aided by rising technological advancement. To curb the causes of a large percentage of errors in plastic operations, the importance of the expertise of doctors should not be joked with. Whether the intent of people coming for the surgery is a good one or not, their lives should not be toiled with. The inexperience of the surgeons carrying out the operations, or the lack of the essential dexterity to precisely determine whatever the patient needs to look like the way he/she wants, should be duly investigated.

In conclusion, while there is nothing wrong with having to go for plastic surgery for reasons ranging from improving health, eliminating body defects, or enhancing appearance, the wrong motives with which some approach plastic surgery have left us with some debate. In a social order where appearance is everything, one can be tempted to give a misleading judgment. However, we will live in a better world if everyone can be satisfied with their body structure and only go for plastic surgery when appropriate. 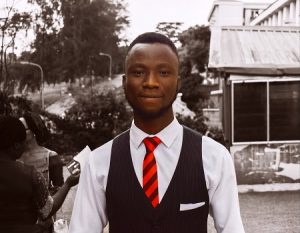 Oluwatimilehin Folarin, is a Civil Engineering student of University of Ibadan. He is passionate about exploring various ways of using technology to make tasks easier for the benefit of mankind. He also designs structural drawings of iconic standards and can be reached via oluwatimilehinfolarin@gmail.com

The Rising Trend Of Plastic Surgery Among Women by Precious Aliu.

Nigerian Ladies And The Rising Craze For A Banging Body by Chukwuemeka Oluka.