Home FEATURES On This Day On This Day: In 1970, Sultan of Muscat and Oman Overthrown by...
Post Views: 13

On this day: in history (1970), 28‐year‐old son of the ruler of Muscat and Oman, overthrew his father, Sultan Said bin Taimur, in a palace bloodless coup. The palace coup was executed with the support of the British and saw Sultan Said bin Taimur deposed and sent into exile to the United Kingdom. 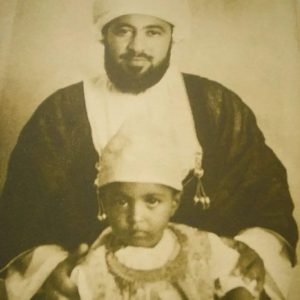 The coup was a pivotal moment in modern Omani history as the new Sultan Qaboos swiftly set in motion numerous wide-ranging modernization reforms in the kingdom, transforming Oman from an underdeveloped backwater into a country on par with many Western nations in terms of political stability and economic development. At the time of his death in January 2020, Sultan Qaboos was the longest-serving ruler in the Middle East.

Explaining why he staged the coup, the Sultan’s son said: “I, have watched with growing dismay and increasing anger the inability of my father to use the new‐found wealth of this country for the needs of its people. That is why I have taken control.” 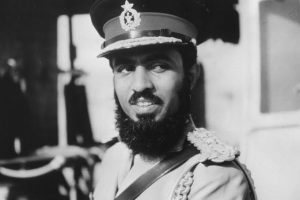 Prior to taking the throne, Oman had no secondary schools, only one hospital, and ten kilometers of paved roads. He redirected the country’s oil revenue to economic initiatives, moving the country away from subsistence farming and fishing, and building modern infrastructure. Schools were built, the country was electrified, numerous roads were built, and Western journalists ceased labeling the country as “medieval”. Slavery was also abolished. By 1980, Oman had 28 hospitals, 363 schools, and 12,000 kilometers of paved roads.

The deposed sultan, Bin Taimur died in 1972 in London. The involvement of the British government as a whole in the coup was denied for forty years with the official government narrative being the coup was carried out predominantly by Arab troops with their British commanders taking part on personal initiative. In fact, the coup had been planned by MI6, the Foreign Office, and the Ministry of Defence and given the go-ahead by prime minister Edward Heath.

Contingency planning of the event showed that Qaboos would have been kept under the protection of British troops then flown out of the country should the coup have failed.